Jerusalem, August 27 – The highest court in Jewish Law has decreed that Twitter users who click “Like” on a tweet when no compelling reasons exist for any response other than clicking “Retweet,” the offending user will receive up to forty stripes with a leather whip, a spokesman for the institution announced today.

The Sanhedrin voted 70-1 in favor of the motion, enacting it with the force of Rabbinic law, to be be administered as necessary by local “Sanhedrin” courts of 23 ordained sages. Spokesman Rabbi Shir Shur explained that the Sanhedrin deemed the measure important for stemming the tide of Twitter users who, when they could reward another user’s creative  or public service efforts by retweeting and thus spreading further awareness and appreciation of the subject matter, register a mere acknowledgement of the original tweet that does not contribute to further awareness or exposure, and they thus betray an unhealthy selfishness destructive to society.

“It’s something of a plague,” lamented Rabbi Shur at a press conference outside the Chamber of Hewn Stone on the Temple Mount. “Creators work hard to produce content, and to have people respond in a way that it would be better if they didn’t respond at all is just mean. If a user likes the content, he or she should retweet it; if a user finds the content insufficiently interesting or compelling to share with others, he or she can simply ignore it. To click ‘Like’ as if that is an acceptable middle ground is to engage in wishy-washy and ultimately destructive behavior.”

While the Sanhedrin would prefer that the ‘Like’ option simply not exist, it does serve some useful purposes, explained Shur. “There are some situations in which an acknowledgement short of retweeting or replying is acceptable,” he continued. “Sometimes an exchange of tweets occurs, and the parties to the exchange find ‘Like’ a useful option for denoting acknowledgement of one another’s tweets, not all of which require a reply, but for which noting the tweets have been read remains an expression of courtesy. Alternatively, a Twitter user might restrict his or her tweets to a given set of subjects, or even a specific language, and outright retweeting of some material risks confusing or alienating the self-selected audience – in such a case ‘Like’ is acceptable, if less than ideal.” He noted that in each case, the presiding court of twenty-three will be competent to examine the circumstances of the Like and determine whether the problematic move necessitates a penalty. As with all cases of lashes, a physician will examine those sentenced to determine how many stripes with a whip the defendant can withstand without suffering permanent adverse physical effects.

As of early Sunday afternoon, the Sanhedrin’s Twitter feed showed the news item announcing the enactment had been retweeted eight thousand times, and Liked by several hundred anonymous troll accounts. 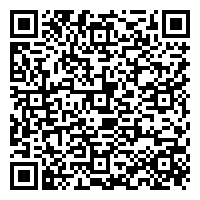