An Orthodox Jewish candidate for the European Parliament has caused an uproar in Britain by refusing to shake women’s hands.

Shneur Odze told the members of the right-wing populist UK Independence Party, or UKIP, that he will not shake women’s hands due to his religious beliefs, which proscribe physical contact with any woman other than his wife. Some party activists told the Times of London that they are offended by Odze’s stance and say it will alienate half the electorate.


Senior party officials have called the activists “rude” and “wrong” for not respecting Odze’s beliefs.

Ozde, 31, is fourth on the UKIP’s candidate’s list for member of the European Parliament from the North West of England. The Europe-wide election to the parliament is scheduled for late May.

A party regional organizer, Fred McGlade, resigned from his position with the party to protest the decision to include Odze on the list. He warned Crowther that he would stand down if Odze was chosen by the party because of his attitude towards women

That is how an ignorant person, Jewish or not, judges an Orthodox Jew. He assumes that a Jew thinks women are second-class citizens since a religious man won’t shake her hand. Jews, especially those whose understanding of Jewish law is not even on the level, so to speak, of Reform Judaism, often think the same of Orthodox Jews for not praying together with women.

The nose-in-the-air Jews like to think that when a Jewish man thanks God that he was not created a woman, the man couldn’t possibly be thinking of all the mitzvahs he would not be able to perform if he were a women. He obviously is a sexist who considers women to be the scum of the earth.

If that is the way the snobs look at others, perhaps it is they are sexist for even thinking like that.

Perhaps they are the sexists for not having marital relations according to Jewish law, which protects the woman from lust. Consult your synagogue’s Code of Jewish Law for details.

Perhaps it is the better-than-thou men, and women, who seem to think that “equality” means “sameness.” God must have made a mistake by not allowing men to give birth. On the other hand, as most wives know, if men were to give birth, the world would have ended after the first birth because he wouldn’t go through the pains of labor a second time around.

And it’s the same crowd of people who, when visiting a mosque, are the first to wear proper dress and take off their shoes, but wouldn’t dare cover their shorts in order to respect the customs of Haredi orthodox neighborhoods in Jerusalem.

If Ozde does get elected, it certainly won’t be with vote of those who encourage the Women of the Wall to practice secular coercion on the majority Orthodox Jewish population at the Wall.

But there are some, hopefully a majority, in Britain who are not so ignorant. UKIP chairman Steve Crowther told the London newspaper, “We have a policy of tolerance for and acceptance of people’s own religious observance. We do not consider it grounds for complaint. It harms no one.”

In a tweet on Monday, Ozde said, “Thanks for all the supportive emails, calls, texts, its been rather heartwarming Recon it’s had the reverse effect?”

The Queen seems to have gotten over it. 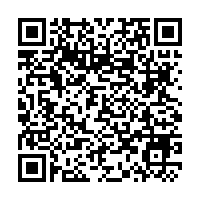