Efrati gets in the jeep where the father was placed, and goes with them where the father is “tied up for days at the entrance to the base.”  Finally Efrati asks his officer what is going to happen with the Arab man and the officer tells Efrati to release him.  You see the point? The arrest and the detention of the father was simply arbitrary.  Just like the Nazis did to Efrati’s great grandfather. Why Efrati never explained to his fellow soldiers that the father had done nothing wrong is not addressed.


The “refusenik” (yes, it is indeed insulting to call Israelis who refuse army service refuseniks when the term of course is used to refer to the Soviet Jews who were “refused” the ability to flee from the Soviet Union. This was pointed out at the end of the event, and the two Israelis claimed they never heard the term used for Soviet Jewry and didn’t mean respect, but really, there is a similarity, isn’t there? No.), Maya Wind, is an Israeli woman who, upon graduation from high school, refused to serve in the “occupation” army. She was part of the infamous Shministim, the refusers.

Although Wind occasionally finds a heartstring to pull, she isn’t the softy that Efrati is. Her grandparents were also Holocaust survivors, but they “built their socialist kibbutz, Nir David, on the ruins of Palestinian villages.”

Wind is the political and economic theorist, and more of a slogan slugger than her counterpart. While Efrati is a lovable lug who just wants everyone to be nice to each other, Wind is all about explaining the economic exploitation of everyone by the massive military industrial complex that is the state of Israel.

First, there is the economic exploitation of Palestinian labor. This includes the checkpoints and the menial jobs in Israel the Arabs are forced to take. Second, there is the exploitation of the Arab’s natural resources.  This is illustrated with slides of Israeli swimming pools juxtaposed with dessicated Arab fields.  None of the Gaza water parks or swimming pools of PA millionaire’s homes are shown for some reason.

Third,Wind ticks off, is the Israeli control of the Arab population. This refers back to the checkpoints, the security fence and the security forces. Fourth, is the massive weapons complex that is Israel.  Wind shared with the audience that Israel has the fourth largest military industry in the world – but it’s such a tiny country! Wind really got into the jargon on this one – the multinational corporations make millions of dollars, as do the Israeli contractors, amongst whom are the military elite and the “hundreds of thousands” of private security forces in Israel, some of which are exported internationally. Fifth is the military knowledge and expertise that is exported all over the world.

This last step is where the rhetoric really ratcheted up. You see, Wind explained, “for decades Israel has been marketing itself as a global leader in counter insurgency and counter terrorism.”

“But this would not be possible if we did not have our own private lab – the West Bank and Gaza – to try them [the weapons and tactics] on the Palestinians, and then sell them elsewhere.” And the elsewhere, she explains, is to a list of the world’s most brutal dictatorships.

“The Israeli military elites are literally making a killing off this economy,” Wind intones.

CO-SPONSORED BY HAVERFORD, BUT FUNDRAISING FOR ANARCHIST FEDERATION ORGANIZATION

The event was co-sponsored by the Haverford Center for Peace and Global Citizenship and the college’s Students for Justice in Palestine.

The speakers were introduced by a member of the Haverford Students for Justice in Palestine.  In addition to providing background information on the two speakers, she also thanked the Center for Peace and Global Citizenship for its “financial and technical assistance.”

During the course of the evening the speakers asked for donations for their causes. That’s right, Haverford College – indirectly, but still – is raising funds for a radical leftist political organization known as Anarchists Against the Wall, a member of the International of Anarchist Federations.

The Center self-describes as a source of “innovative scholarship and responsible civic engagement around issues of global significance” by sponsoring and supporting a broad menu of programs. 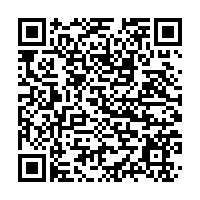