The Justice Dept. on Tuesday announced it was asking the government of Jordan, for the first time in the US’ long history of friendship with the Hashemite royal family, to extradite Ahlam Tamimi, a Hamas female terrorist who murdered Americans in Jerusalem in 2001, during the Second Intifada.


On August 9, 2001, Tamimi escorted suicide bomber Izz al-Din Shuheil al-Masri to the Sbarro pizza restaurant at the corner of King George Street and Jaffa Road in Jerusalem, one of the busiest pedestrian crossings in the city. She used disguise techniques to deflect attention from herself and al-Masri, wearing a dress that made her appear Jewish, and using language skills gained in her journalism studies. Al-Masri died after detonating an explosive belt weighing 5 to 10 kilograms, with explosives, nails, nuts and bolts. Tamimi left the area alive before the detonation.

Fifteen civilians were murdered in the Sbarro suicide bombing, several of them American, seven were children, one American victim was pregnant. One Brazilian civilian was killed as well. 130 were injured. Chana Nachenberg remains hospitalized, in a permanent vegetative state.

Tamimi received 16 consecutive life sentences and an additional 15 years in prison, but was released in the October 2011 prisoner swap for the captive Israeli soldier Gilad Shalit. After her sentencing, she commented: “Despite the fact that I’m sentenced to 16 life sentences I know that we will become free from Israeli occupation and then I will also be free from the prison.” When a journalist told her during a jail cell interview that she had murdered seven children, she smiled broadly.

Following her release from prison, Tamimi gave an interview to a Jordanian news website, in which she said, “I do not regret what happened. Absolutely not. This is the path. I dedicated myself to Jihad for the sake of Allah, and Allah granted me success. You know how many casualties there were [in the 2001 attack on the Sbarro pizzeria]. This was made possible by Allah. Do you want me to denounce what I did? That’s out of the question. I would do it again today, and in the same manner.”

Immediately after her release, Tamimi moved to Jordan, cheered by hundreds of well-wishers, including many Muslim Brotherhood supporters. She traveled to Cairo and met with Hamas leader Khaled Mashal.

These days she hosts a talk show titled Nasim Al-Ahrar (Breeze of the Free), on the Hamas-affiliated Al-Quds TV. One of her guests has been Saleh Arouri, who masterminded the kidnapping of three Jewish teenagers in June 2014, the reviled act that signaled the start of Operation Protective Edge.

In February 2016, a hearing was called by Congressman Ron DeSantis (R-Fl.), Chairman of the National Security Subcommittee of the House Oversight Committee, to question the Justice Department’s Office for Victims of Overseas Terrorism (OVT) which, as DeSantis put it, had “completely failed” to carry out its responsibilities.

The OVT was established in 2005, in response to Jewish-American rage over the US failure to take action against Arab killers of American citizens. The OVT is required to update the families of terror victims, and to help bring about the prosecution of the terrorists. But, according to testimony at the February 2016 hearing, the OVT has done an inadequate job of updating the families, and has not prosecuted even one person for terror attacks in Israel or the Palestinian Authority against American victims.

Shurat HaDin President Nitsana Darshan-Leitner has issued a statement in response to the Tamimi extradition request, saying, “We are glad that the US Department of Justice has decided to move forward against this notorious mass murderer. We have been requesting for a long time that this unrepentant Palestinian terrorist be re-arrested, extradited and prosecuted by American law enforcement officials.”

At this point it is doubtful the Jordanians would respond to the extradition request, despite the fact that Jordan relies heavily on US foreign aid and military assistance. Jordan’s population is 80% “Palestinian,” and these days the kingdom also harbors hundreds of thousands of Syrian refugees who contribute to its tenuous, powder keg-like social and political realities. 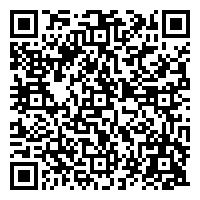