“An Israeli father of six was killed last night in cold blood by Palestinian terrorists,” US ambassador to Israel David M. Friedman tweeted early Wednesday morning, noting: “Hamas praises the killers and PA laws will provide them financial rewards. Look no further to why there is no peace.”

The Hamas terror group on Tuesday praised the drive-by murder of Rabbi Raziel Shevach, warning Israelis, “The West Bank will remain a knife in your body.”


Hamas is not likely to claim responsibility for the murder, having learned the lesson of the summer of 2014, when Hamas agents murdered three Israeli teens and brought a torrent of devastation on the Gaza Strip.

But Hamas did praise the Tuesday night murder as “heroic action that came as a result of Israel’s crimes against our people in the West Bank, Jerusalem and the Al-Aqsa Mosque. The Israeli government bears the consequences of its racist and extremist policies.”

In the spirit of a “proper Zionist response,” on Wednesday morning, Defense Minister Avigdor Liberman announced that he was ordering an examination of the case of the Havat Gilad community, which had been purchased and settled without proper government sanction. Both then Knesset Speaker Reuven Rivlin and Defense Minister Moshe Yaalon promised to confirm the settlement’s legal status, but not much has been done in that direction so far.

“I instructed [my staff] to consider turning [Havat Gilad] into a regular settlement in Judea and Samaria,” he said.

Justice Minister Ayelet Shaked added that “our answer to the murder will be to establish the legal status of Havat Gilad.” 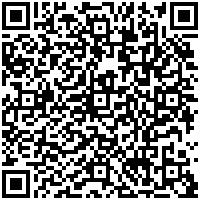