As President Trump moved last month to recognize Jerusalem as the capital of Israel, an Egyptian intelligence officer quietly placed phone calls to the hosts of several influential talk shows in Egypt.

“Like all our Arab brothers,” Egypt would denounce the decision in public, the officer, Capt. Ashraf al-Kholi, told the hosts.

But strife with Israel was not in Egypt’s national interest, Captain Kholi said. He told the hosts that instead of condemning the decision, they should persuade their viewers to accept it. Palestinians, he suggested, should content themselves with the dreary West Bank town that currently houses the Palestinian Authority, Ramallah.

“How is Jerusalem different from Ramallah, really?” Captain Kholi asked repeatedly in four audio recordings of his telephone calls obtained by The New York Times.

“Exactly that,” agreed one host, Azmi Megahed, who confirmed the authenticity of the recording.

For decades, powerful Arab states like Egypt and Saudi Arabia have publicly criticized Israel’s treatment of the Palestinians, while privately acquiescing to Israel’s continued occupation of territory the Palestinians claim as their homeland.

But now a de facto alliance against shared foes such as Iran, the Muslim Brotherhood, Islamic State militants and the Arab Spring uprisings is drawing the Arab leaders into an ever-closer collaboration with their one-time nemesis, Israel — producing especially stark juxtapositions between their posturing in public and private.

“At the end of the day, later on, Jerusalem won’t be much different from Ramallah. What matters is ending the suffering of the Palestinian people,” Captain Kholi concluded. “Concessions are a must and if we reach a concession whereby Jerusalem will be — Ramallah will be the capital of Palestine, to end the war and so no one else dies, then we would go for it.”

All three recipients of his calls pledged to convey his messages, and some echoed his arguments in broadcasts. “Enough already. It got old,” Mr. Megahed told his viewers about the issue of Jerusalem.

What is amazing here isn’t that Egypt is telling these influential hosts to downplay the Jerusalem issue. It is also likely not too amazing for those who watch the Middle East closely to understand that the Arab governments are sick of the Palestinian issue and don’t want a new intifada, which could radicalize people and embolden the Islamists under their rule.

What is incredible is that the governments are willing to go with an Israeli-ruled Jerusalem as part of a permanent peace agreement, and to tell the Palestinians to stop using it as a roadblock to peace.

“Everyone knows” that there can be no peace unless Jerusalem is divided again and the Palestinians establish a capital there. The EU says it, the UN says it. The only reason this is considered the conventional wisdom is because the Palestinians have been insisting on it, consistently, for decades. (Interestingly, the 1964 and 1968 PLO Covenants do not mention Jerusalem once.)

Also astoundingly, Egypt says another obvious fact that the Palestinians deny and that the West ignores – that Palestinians must compromise for peace. Israeli leaders, even the most right wing, admit publicly that peace will require hard decisions and compromise. Palestinian leaders never say that. They never prepare their people for peace. They insist that the UN can pressure Israel to give them everything they want eventually, and they are willing to bet their people on it.

The Arab nations know that the Jerusalem issue is a fiction. The issue that Palestinians had insisted was the one unifying theme for the Arab states has been shown to be a sham. Both Saudi Arabia and Egypt – the two most important Arab states – have downplayed the importance of Jerusalem as they want to stop the Palestinian issue from being an obstacle that stops them from moving forward with their own issues. To them, Palestinians are a self-indulgent group of people with higher living standards than most of the rest of the Arabs who spend all the time whining about how terrible their lives are.

At the very same time that the Palestinians are celebrating their UN victories, their entire support system is rotting under them. And when their support collapses, they won’t know what hit them. 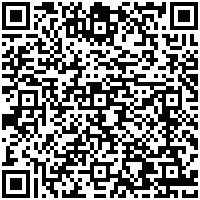