The “events” surrounding President Trump’s Jerusalem declaration cast a shadow over the Christmas and New Year celebrations in the Gaza Strip, Ma’an reported Friday. Demand for partying goods has been weak, and very few Gazans “are still trying to bring happiness to the hearts of their children,” according to the report. And so, despite attempts by local vendors to decorate their shop fronts to attract customers, the holiday season this year has not met expectations.

Zain Abdo, whose shops sell roses and toiletries in the Gaza Strip, said businesses had increased their purchases of new stock, in reaction to the recent reconciliation agreement between Hamas and Fatah. The chance of increased traffic from the more affluent Arabs of Judea and Samaria offered a glimmer of hope for many shop owners, who risked buying large quantities of decorations and roses for the Christian holidays and New Year .

But then came the Trump Jerusalem declaration and the subsequent escalation of violence in the PA and the Gaza Strip, which led to a decline in people’s purchasing power and the accumulation of goods in the stores’ storage rooms.

Abdo pointed out that the Gaza Strip economy has been in the dumps this year, worse than in previous years when hotels and restaurants used to decorate for the celebration of the New Year. This year, he said, “most hotels did not contact us to decorate and said conditions do not allow it.”

Another businessman, Khalil Ruqqa, confirmed a decline in purchasing this year compared the recent years, noting that the rioting over Jerusalem “cast a shadow over the turnout of citizens, especially Christians, to buy holiday supplies.”

He said: “The situation in the Gaza Strip in general is difficult and the ‘events of Jerusalem’ and the decline of reconciliation and the economic situation of the country – all these events cast a shadow on our business.”

Political analyst Dr. Mahher Tabbaa confirmed that the Christian holidays and New Year’s Day did not meet expectations this year due to Qatar’s holding back its donations, repeated strikes and angry marches. He also blamed “the continuation of the siege and the curtailing of salaries to employees of the Palestinian Authority, in addition to the continuation of the electricity crisis.”

Tabaa pointed to the preoccupation of the Arab street with Jerusalem, suggesting it contributed to the decline of commercial movement in the Gaza Strip. 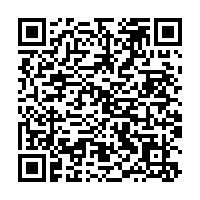