Prime Minister Benjamin Netanyahu on Thursday night issued a special press release saying he has “complete faith in Jared Kushner’s abilities and resolve and rejects any description to the contrary.” In fact, according to Netanyahu, the president’s son-in-law and Middle East adviser “has greatly contributed to furthering peace in the Middle East,” and “the US administration’s Middle East team led by Kushner successfully formulated President Trump’s principles into the Vision for Peace offering the most realistic blueprint for peace in our region.”

The somewhat gushing statement was issued in response to an allegation in former National Security Advisor John Bolton’s tell-all book, “The Room Where It Happened: A White House Memoir,” which is due to come out next week but has been excerpted lavishly by the mainstream media. According to CNN, Bolton says in his book that Netanyahu “was dubious about assigning the task of bringing an end to the Israel-Palestinian conflict to Kushner, whose family Netanyahu had known for many years. He was enough of a politician not to oppose the idea publicly, but like much of the world, he wondered why Kushner thought he would succeed where the likes of Kissinger had failed.”


The Washington Post reported that Bolton wrote that Kushner was “doing international negotiations he shouldn’t have been doing (along with the never-quite-ready Middle East peace plan).”

In response, Netanyahu’s statement suggests that “Kushner has already achieved what others before him did not accomplish. We are confident that working together we can achieve the lasting and secure peace that we all desire.”

Netanyahu counts among Kushner’s achievements his contribution to President Trump’s “historic decisions to recognize Jerusalem, move the US embassy to Israel’s capital and recognize Israeli sovereignty over the Golan Heights.”

Before the 2016 election, most of what Kushner knew about the Middle East came from Netanyahu, who was a friend of the Kushner family (the Kushners were serious donors to pro-settlement NGOs).

But things changed after November 2016. Back in 2018, the NY Times reported that since the early days of the Trump administration, White House senior staff (now long gone) were concerned that Jared Kushner was having private, informal conversations with Prince Mohammed bin Salman, the decider in the Kingdom, and the man believed by the entire world to have been behind the October 2, 2018 killing of Jamal Khashoggi, the Saudi journalist who was ambushed and dismembered by Saudi agents. The soon-to-be-dumped senior officials suggested that given Mr. Kushner’s political inexperience, those private exchanges with the powerful Saudi prince made him susceptible to Saudi manipulation.

In November 2016, only days after the election, a delegation of Saudis close to the prince visited the United States and came back with a slide presentation the Times obtained from the Lebanese newspaper Al Akhbar, in which they reported: “The inner circle is predominantly deal makers who lack familiarity with political customs and deep institutions, and they support Jared Kushner.”

In February 2018, the Washington Post reported that US intelligence services claimed that officials in the UAE, Israel, Mexico and China had discussed ways to manipulate Kushner.

All of which suggests that Netanyahu probably did make the unflattering comment to Bolton – he was basically repeating what everybody had already known. 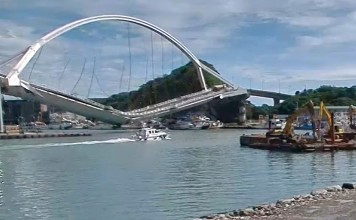