White House Press Secretary Jen Psaki on Sunday night issued a statement saying: “As the President has repeatedly made clear, we are committed to pursuing diplomacy until the moment an invasion begins. Secretary Blinken and Foreign Minister Lavrov are scheduled to meet later this week in Europe, provided Russia does not proceed with military action.

“President Biden accepted in principle a meeting with President Putin following that engagement, again, if an invasion hasn’t happened. We are always ready for diplomacy. We are also ready to impose swift and severe consequences should Russia instead choose war. And currently, Russia appears to be continuing preparations for a full-scale assault on Ukraine very soon.”


President Biden earlier spoke with French President Emmanuel Macron and the two discussed ongoing diplomacy and deterrence efforts in response to Russia’s military buildup on the borders of Ukraine.

Meanwhile, the official Russian news agency RIA Novosti reported overnight that Ukrainian security forces are firing at the positions of the Donetsk People’s Republic (DPR), the self-proclaimed quasi-state in the eastern Ukrainian; and the Luhansk People’s Republic (LPR), a landlocked quasi-state, designated as a terrorist organization in Ukraine. According to RIA, the authorities of both “republics” are evacuating women and children, and general mobilization has been announced.

Russian tanks moving near the border with Ukraine (you must play the background music):

By the way, metadata from Telegram reveals that the pro-Russian separatists in those two quasi-states shot the urgent videos in which they called for an emergency evacuation two days before they were posted.

According to the Washington Post, the US has informed the United Nations human rights chief on Sunday night that it has credible information showing Moscow is compiling lists of Ukrainians “to be killed or sent to camps following a military occupation.” The letter alleges that Moscow’s post-invasion planning would involve torture, forced disappearances, and “widespread human suffering.” It does not describe the nature of the intelligence that supports this assessment.

In Munich, President Volodymyr Zelensky of Ukraine urged the allies on Saturday to impose sanctions on Russia before an invasion. “What are you waiting for?” Zelensky asked the audience at the annual Munich Security Conference. “We don’t need your sanctions after” Ukraine’s economy collapses and “parts of our country will be occupied.”

He also pleaded with his Western allies, “It’s important for all our partners and friends to not agree about anything behind our back. We’re not panicking. We’re very consistent that we are not responding to any provocation.”

Zelensky had to be aware of an infamous agreement concluded at Munich on September 30, 1938, by Germany, the United Kingdom, France, and Italy. It provided “cession to Germany of the Sudeten German territory” of Czechoslovakia, despite a 1924 alliance agreement and a 1925 military pact between France and the Czechoslovak Republic. Will there be a second Munich Betrayal?

Zelensky’s No. 2 Attacks Israel for Refusing to Provide Weaponry to Ukraine 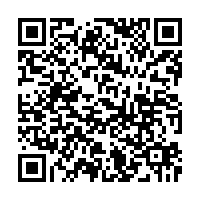