A new study reveals strikingly tilted and inaccurate information is being purveyed in a prominent school system.


The Committee for Accuracy in Middle East Reporting in America (CAMERA) was enlisted to examine educational materials in Newton, Massachusetts where controversy had arisen about bias in the curriculum. Their findings indicate notable problems in the presentation of the Arab-Israeli conflict.

The Committee for Accuracy in Middle East Reporting in America (CAMERA) is the world’s oldest and largest non-partisan Middle East media-monitoring and research organization.

“The troubling issues in Newton are a window on a national problem,” said Andrea Levin, CAMERA’s Executive Director. “We’ve been hearing about classroom problems for years. And now we’ve seen up close the realities in a prestigious school system.”

CAMERA got involved after frustrated citizens resorted to a FOIA, a Freedom of Information Act, legal measure to gain access to materials used in the classroom. School officials had refused to supply the information.

Concerns were first sparked in 2011 when a 10th grader complained to her father about an assigned reading that accused Israel of torturing and killing “several hundred Palestinian women.” When the parent complained to the teacher and other school officials about the baseless and incendiary statement, his concerns were rebuffed.

CAMERA’s exhaustive review of the curriculum revealed a decidedly skewed depiction of the Arab-Israeli conflict in which terrorism against Israel, continuous rejection of Israel by the Palestinian leadership and hate-indoctrination against Israel were all virtually invisible. The ideological dimension of the conflict was essentially erased. Instead, the message was that problems between the parties are nothing more than a border dispute. Not surprisingly, remaking the facts to omit the genocidal goals of Hamas, the rejection by the Palestinian Authority of every peace offer from the Israelis leads to highly deceptive teaching.

“As school systems continue to introduce contemporary, politically contentious topics into their curricula, there are valid concerns that students may be exposed to indoctrination rather than factual, objective accounts,” says Steven Stotsky, author of CAMERA’s study. His research can be found in CAMERA’s new monograph Indoctrinating Our Youth: How a U.S. Public School Curriculum Skews the Arab-Israeli Conflict and Islam.

“All communities should review the presentation of these subjects in their school systems in order to promote scholarly, accurate materials and to remove factually inaccurate and biased curricula,” said Stotsky. “CAMERA’s new study offers concrete steps that communities can take to create positive change in our schools.”

Adding to the concern about Newton’s approach to the Arab-Israeli conflict was a May, 2-17 “Middle East Day” at one of the high schools in which hundreds of students participated. It featured a radical anti-Israel professor who actively promotes the BDS (boycott, divestment and sanctions) campaign against Israel. BDS stigmatizes Israel as an oppressor of Palestinians and seeks to delegitmize it internationally and weaken, if not destroy, it economically.

“Taken as a whole, you wonder what kind of attitudes are guiding the educational choices being made in Newton,” said Levin.

CAMERA’s monograph Indoctrinating Our Youth: How a U.S. Public School Curriculum Skews the Arab-Israeli Conflict and Islam is available at Amazon. For more information, visit the monograph website. 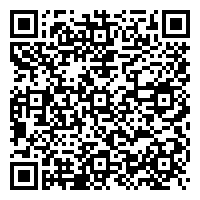