US State Department spokesperson Morgan Ortagus confirmed in a statement Friday night that US Secretary of State Mike Pompeo is arriving in Israel this Wednesday and is scheduled to meet in Jerusalem with Prime Minister Benjamin Netanyahu and Knesset Speaker Benny Gantz.

On the agenda are the “US and Israeli efforts to fight the COVID-19 pandemic, as well as regional security issues related to Iran’s malign influence,” according to the statement.


Also likely to be discussed will be the question whether Netanyahu and Gantz are still 100 percent committed to carrying out President Donald Trump’s Peace to Prosperity “Deal of the Century” in every detail – including the four-year period of freezing settlement activity outside the mapped-out part of Area C that has been demarcated for Israel in Judea and Samaria – about 30 percent of the original amount of Area C.

Residents of the Israeli communities situated in the rest of Area C — not located in that 30 percent area — are extremely upset with the US “Deal of the Century” and are pushing back hard against any suggestion of a freeze.

“The U.S. commitment to Israel has never been stronger than under President Trump’s leadership,” the statement goes on. “The United States and Israel will face threats to the security and prosperity of our peoples together. In challenging times, we stand by our friends, and our friends stand by us.”

It is also likely the discussions will include talks on the latest events taking place on Israel’s southern border, in addition to the ongoing challenge of the Iranian military presence in Syria. 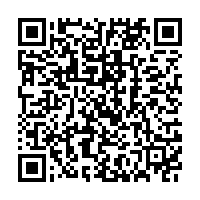