The former commander of the Israeli Air Force who is currently the Director-General of the Defense Ministry Amir Eshel on Friday told Maariv’s Ben Caspit that he and then Prime Minister Benjamin Netanyahu’s Defense Minister Benny Gantz collaborated to sabotage Netanyahu’s plan to impose Israeli sovereignty over the settlement bloc (Gantz ‘Happy’ He Sabotaged Israeli Sovereignty in Judea & Samaria).

You may recall the heady two days during which it appeared that the President of the United States had approved imposing Israeli sovereignty on much of Area C––the part with Jews in it––which The Jewish Press celebrated with this headline: Ambassador Friedman: Go Annex Those Settlements, What Are You Waiting For? This was on January 29, 2020. And then the whole thing was busted, as many of us had expected (Sovereignty over Judea and Samaria: Where Did it All Go Wrong?).


Two years and four months ago, Eshel was appointed by Gantz to head the Defense Ministry, which Eshel says was done clandestinely in preparation for Trump’s “deal of the century,” during Gantz’s rotation government with Netanyahu. It turns out that while Netanyahu was playing with Gantz, refusing to deliver on his rotation promises, Gantz was playing with Netanyahu over in Washington DC.

“It came to light during that Gantz visit to the White House (January 27, 2020), before the elections, when I was suddenly seen with him,” Eshel told Caspit. “I worked with Ambassador Friedman and the White House. It was a professional mission, not a political one. [Gantz] introduced me to President Trump and told him, Listen, this is General Eshel, he has been to all the countries in the Middle East, without a passport. Trump smiled and told Gantz something like He is a killer. Upon leaving the room, I caught a few sentences with Trump, I told him: Sir, we must make sure that the plan is carried out. Later I also caught Jared Kushner and Ambassador Friedman with the same message. I told them, your plan will die before it is even born.”

“Jared looked at me like I fell down from the moon. I told him: Listen, Bibi has a plan to immediately get the annexation approved by the government. We knew that even before we got to the White House. I told him that if this happened, the [deal of the century] would die. He didn’t quite understand. So I told him that no Arab ruler would agree to this, no one would support it. He said to me: ‘What are you saying, I talked to them one by one, they are all in favor.’ I told him, ‘In favor of what? That Israel will immediately cash its chits without giving anything in return? Do you see A Sisi supporting this? Or Abdullah? You’ll catch an aftershock you won’t know what hit you. None of them will be able to support this, that Israel receives cash and the Palestinians get credit that will never be repaid.”

“I saw that it had an impact on Jared. We went downstairs, and I told [Gantz]: ‘Listen, if we don’t do something now, the whole deal will collapse. We must first stop the annexation. It would be a disaster. talk to [Kushner] now.” Eshel continued: “Our meeting was on January 27, 2020. The next day, the president met Netanyahu and presented the deal of the century. We already knew what was in it, we thought it was an important plan and we knew that Bibi intended to annex immediately and destroy it this way.”

“[Gantz] spoke again from the car to Kushner. We returned to Israel via Zurich, and at the stopover he spoke with Kushner once more. If you follow the events, you’ll notice that Kushner started to have reservations about the immediate annexation at that point, and then everything turned upside down,” Eshel explained.

Netanyahu announced at the point that Israeli sovereignty would be imposed the following Sunday. Incidentally, there’s a marked difference in the language used by the left and the right to describe what was being planned. The left––Gantz et al––speak of “annexation,” meaning declaring Area C to be part of the State of Israel, much like eastern Jerusalem and the Golan Heights. But Netanyahu and the right insist on using “sovereignty,” which means the territory would remain outside Israel’s borders, but in terms of government services and judicial matters, the municipalities where Israeli citizens reside will become equal with municipalities inside the green line. This would have been a crucial achievement for a. Israelis looking to install fiberoptics, and get a technician to arrive promptly to look at their washing machine that’s still under a warrantee; b. force Arab claimants to prove their case against Jewish land owners in district court, complete with evidence.

“That’s how we prevented the annexation,” exclaimed Eshel, who also revealed that Gantz introduced him as chief of the Defense Ministry only after he had thwarted Netanyahu’s sovereignty plan.

Ynet’s Attila Somfalvi expressed grave doubts regarding Eshel’s confession, which may have been part of Gantz’s effort to pull in Yesh Atid, Labor, and Meretz voters. Somfalvi posted the following excerpts from Jared Kushner’s book, Breaking History: A White House Memoir. Here are the excerpts, you be the judge. Kushner does not mention Gantz or anyone like him. 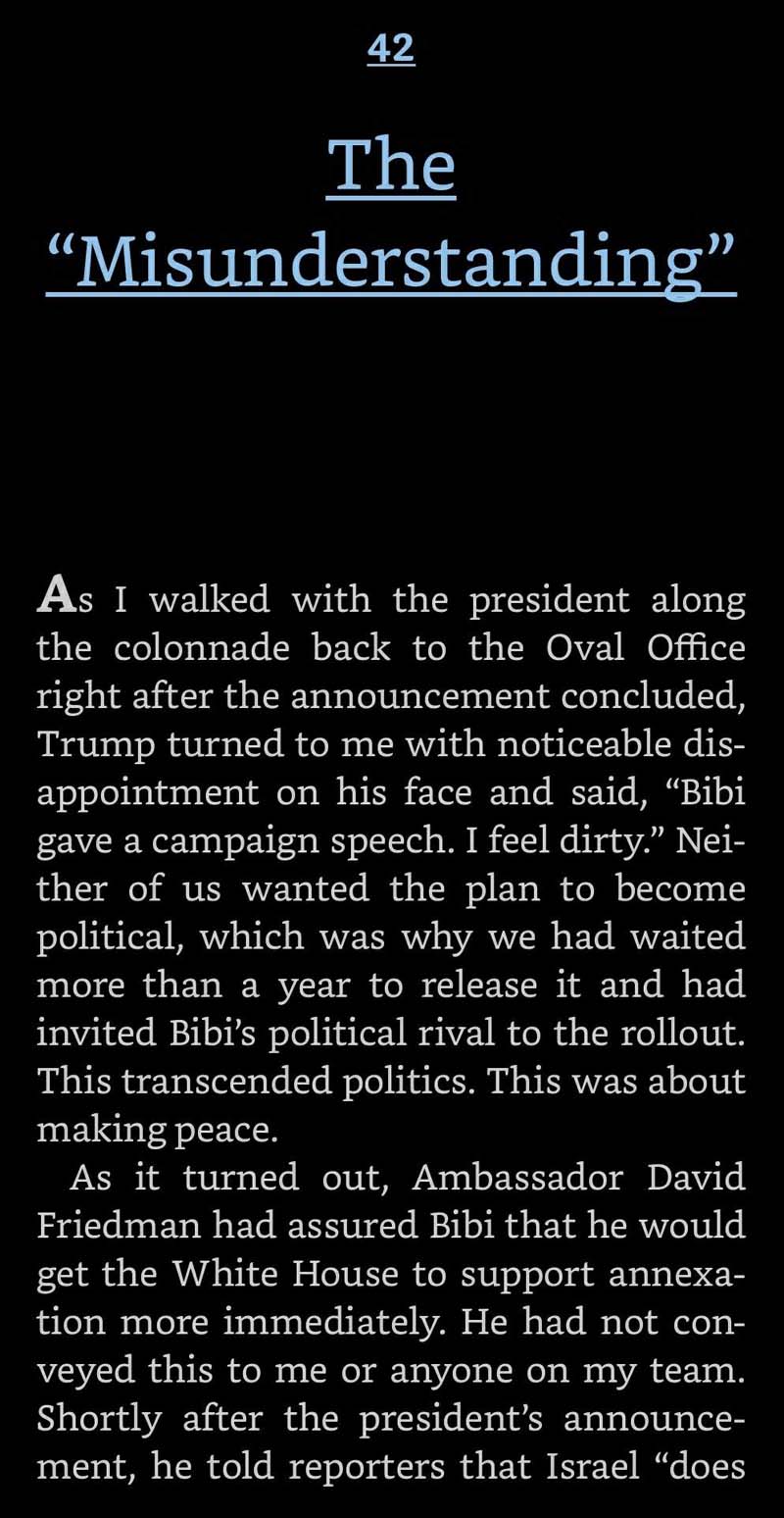 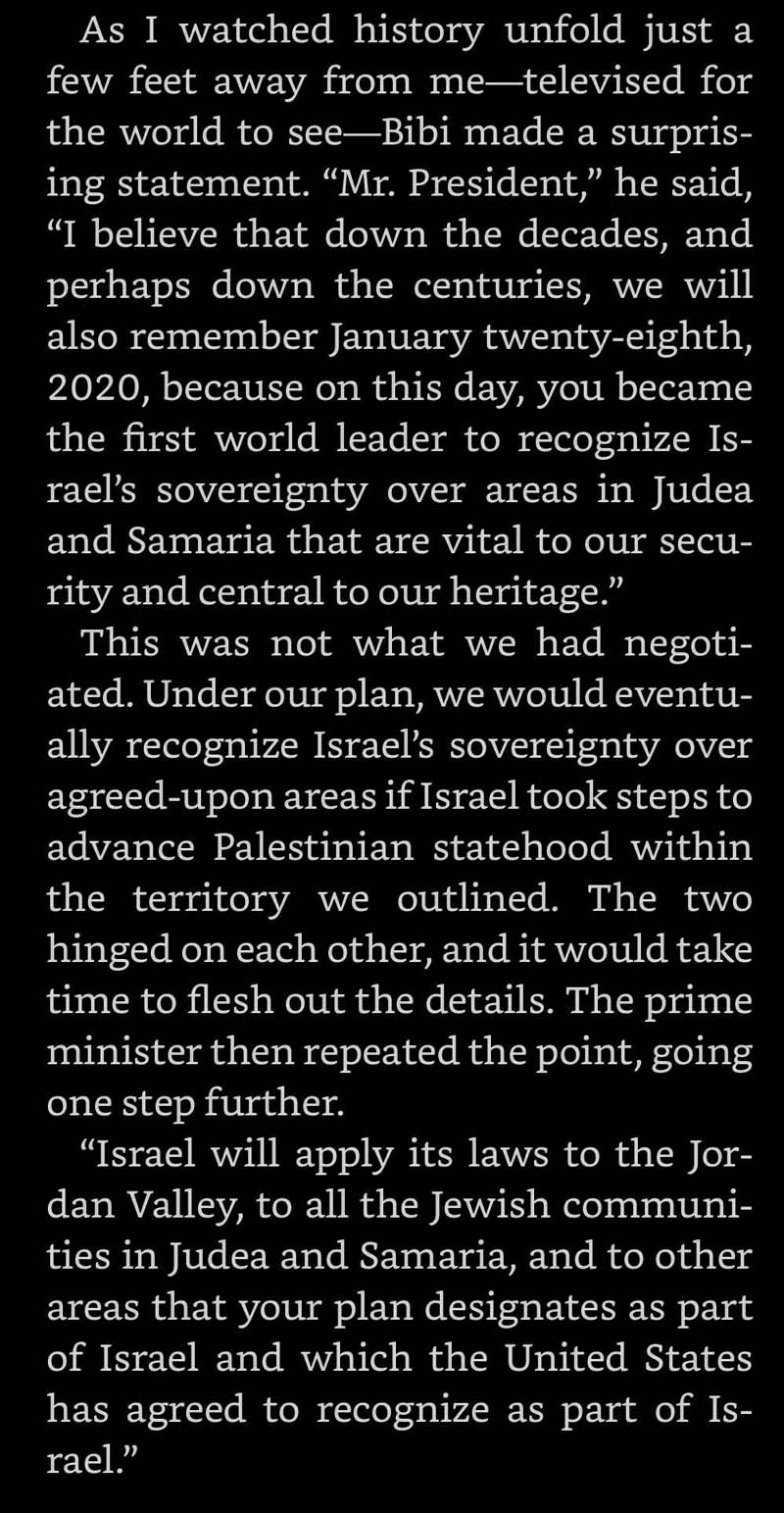 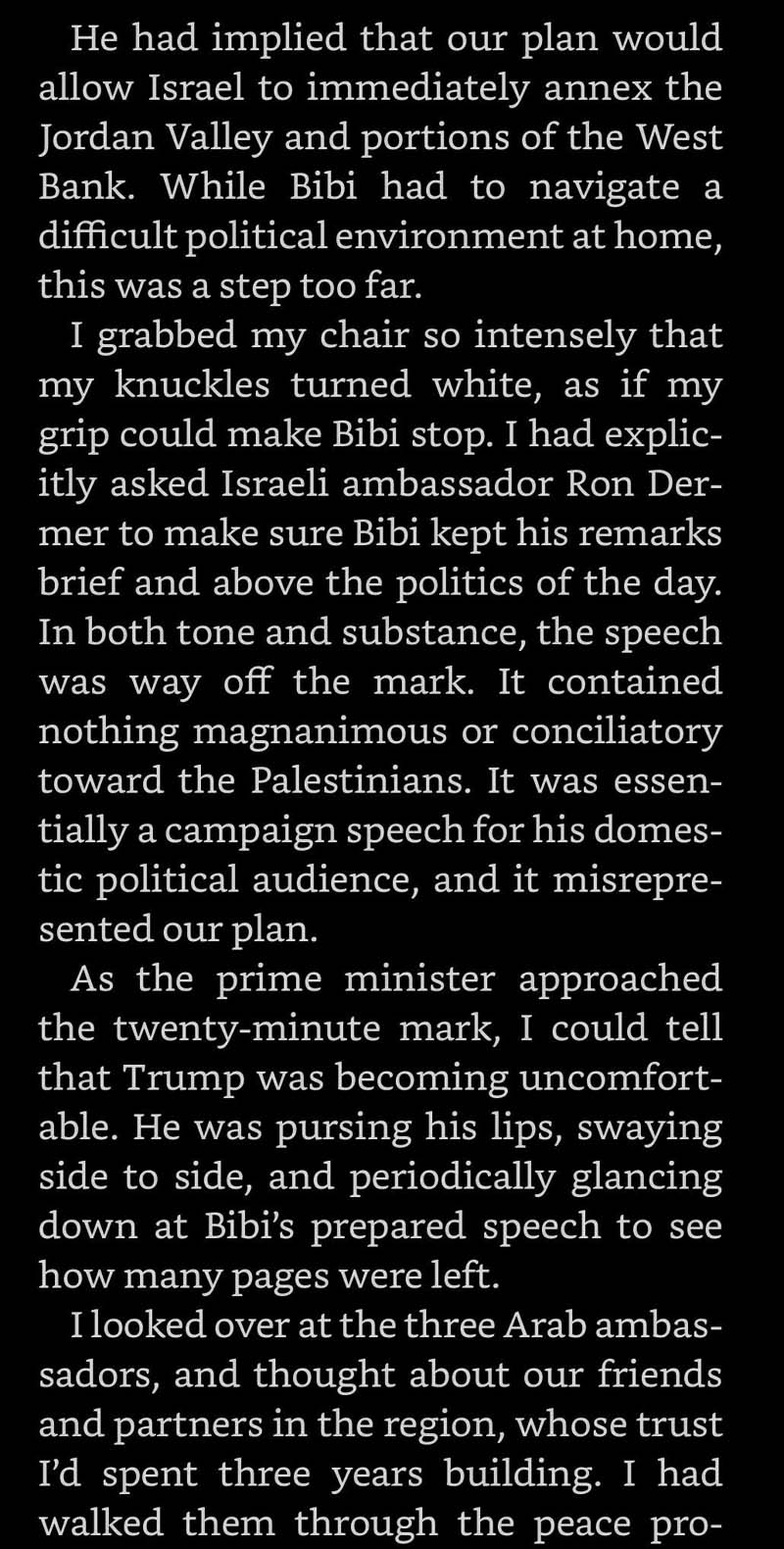 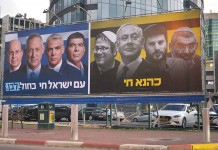 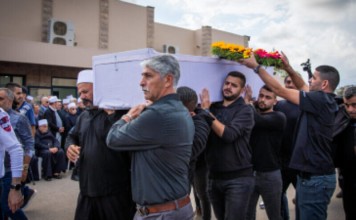 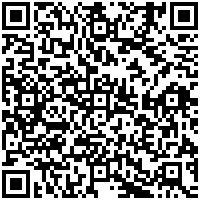