A homeless man last week scribbled an illegible text with blood from his arm on the Holocaust Memorial on 1933 Meridian Ave. in Miami Beach, the Miami Herald reported on Friday. Christopher Green, 44, was arrested and charged with criminal mischief in a place of worship. He was jailed on a $5,000 bond.

Turns out the illegible text was an ancient Aramaic spell, but we’ll get to it later.


In 1984, a small group of Holocaust survivors joined together to develop a permanent memorial in Miami to the six million Jews who perished at the hands of the Nazis. They decided that Miami Beach, with its high population of Jewish Holocaust survivors, was the perfect location for such a memorial. Some locals objected, most notably Miami Beach Garden Club member Florence Shubin, who was unhappy that the memorial would quash the club’s expansion plans. “Gloom is doom! Don’t turn one of this city’s few bright spots into a cemetery,” she protested.

The Memorial took more than four years to build, and on February 4, 1990, a dedication ceremony was held with Elie Wiesel, Nobel Laureate as guest speaker. “One day, a man or a woman will enter this sanctuary of remembrance and wonder: Was it all true? Were the killers really that cruel? And the victims that helpless? That lonely? That abandoned?” Wiesel said.

On Tuesday around 10:15 AM, a man entered the sanctuary and started cutting into his forearm and then using his blood to write an incoherent message on the memorial. Police reported they tried to read his message but soon concluded it was just a bunch of letters which, although written in blood, appeared to be only gibberish.

The homeless man left the area on Tuesday but was spotted again on Thursday. When asked why he defaced the memorial, he said, “I was trying to spell out in my blood ‘Abracadabra.’ The Holocaust Museum is a magical place so I wanted to do something magical. I have nothing against the Jewish people, and I thought the place was magical.”

According to Jewish tradition, the magical spell Abrakadabra is made up of two Aramaic words, Evra Ka’adabra – I create with my speech – which various sages used to create living creatures, including Rava who created a man, and Rabbi Hanina and Rabbi Oshaya who would create a three-year-old calf every Erev Shabbat and eat it (Sanhedrin 65:).

Which means someone should get a hold of Christopher Green and ask him what else he knows. 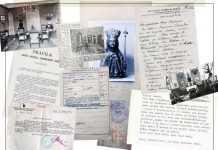 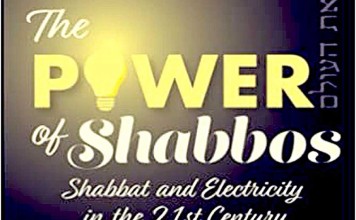 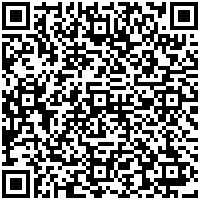