To support America’s historic movement towards racial justice, billionaire George Soros’ Open Society Foundations on Monday announced investments totaling $220 million in emerging organizations and leaders building power in Black communities across the country, or, as their press release put it, “placing a bet on their ability to carry today’s momentum toward a better tomorrow.”

In the coming weeks, Open Society will also support to emergent efforts to establish truth commissions on racism in America and other tools to “promote racial healing,” in preparation for a national “Strike for Black Lives” later this month.


“This is the time for urgent and bold action to address racial injustice in America,” said Alex Soros, deputy chair of the Open Society Foundations and George Soros’ son. “These investments will empower proven leaders in the Black community to reimagine policing, end mass incarceration, and eliminate the barriers to opportunity that have been the source of inequity for too long.”

The largest share—$150 million—will be awarded through a set of five-year grants to Black-led justice organizations that helped to create and now sustain the momentum towards racial equality. Open Society is convinced that “real progress requires sustained support over many years and letting leaders accountable to impacted communities shape the path forward.”

“It is inspiring and powerful to experience this transformational moment in the racial justice movement,” said Open Society Foundations’ President Patrick Gaspard, a noted Democratic Party political leader and campaign strategist, who served as President Obama’s Ambassador to South Africa from 2013 to 2016.

“We are honored to be able to carry on the vital work of fighting for rights, dignity, and equity for oppressed people the world over started by our founder and chair, George Soros,” Gaspard said.

“We recognize that the struggle to dismantle systemic racism is an ongoing one; it has existed from the dawn of the republic to the present day, and is embedded in every level of government and in our penal and justice systems. But the power surge of people who have taken to the streets to demand that this nation do better—people of all ages, from all backgrounds and in every corner of this country—gives hope to us all,” Gaspard said.

“The success of this movement, the largest in US history, will be measured over years, not weeks, and we cannot say that Black lives matter and not make a multi-year commitment to a strategy set by and centering Black leaders and organizations who changed America’s sense of what is possible,” said Tom Perriello, executive director of Open Society-US. Perriello narrowly won ran Virginia’s 5th congressional district in 2008, defeating six-term Republican incumbent Virgil H. Goode Jr. by 727 votes. Perriello was defeated in the 2010 election by Republican State Senator Robert Hurt.

Among the recipients of this set of investments are emergent groups such as Black Voters Matter and Circle for Justice Innovations; others are more established civil rights groups such as Repairers of the Breach and the Equal Justice Initiative. “Collectively, these organizations make up a vital ecosystem of justice, one that’s poised to harness the extraordinary energy of today and ensure it results in meaningful reform,” the OSF press release notes.

Open Society will also make a series of substantial investments, totaling $70 million, in more immediate efforts to advance racial justice. These initiatives will include: 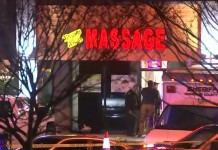 The Growth Of Our Nation