There’s a Jewish angle to this story: the statue of our third president Thomas Jefferson which sits on a 5-foot-tall pedestal is a plaster model of the bronze statue of President Jefferson in the Capitol Rotunda in Washington, DC, was commissioned in 1833 by Uriah P. Levy, the first Jewish commodore in the United States Navy.

Here’s a funny note: the reason Levy, a veteran of the War of 1812, decided to put up the statue was to commemorate Jefferson’s advocacy of religious freedom in the armed forces. In my humble opinion, there’s a direct line between Jefferson’s reform of the US military and Executive Order 9981 that was signed by President Harry S. Truman on July 26, 1948, calling for the desegregation of the same military.


But don’t try to tell that to the City Council.

According to Adrienne Adams, a councilwoman from Queens and co-chair of the Council’s Black, Latino, and Asian Caucus suggested that “Jefferson embodies some of the most shameful parts of our country’s history.”

He was also the principal author of the Declaration of Independence, the most important building block of democracy since the Magna Carta, but who cares about that. The man owned slaves and had relations with some of them – off with his head. Or in this case his statue.

America no longer cancels only leaders of the Rebel South, we’re now doing away with the very finest individuals who made America a bastion of freedom for all the world to see and emulate.

On Monday, the City Council’s Public Design Commission voted unanimously to remove the 7-foot-tall statue of Thomas Jefferson from the Council’s chambers, because, as the Black, Latino and Asian caucus said in a letter to Mayor Bill de Blasio, it is “a constant reminder of the injustices that have plagued communities of color since the inception of our country.”

When we’re done removing all those reminders, one wonders how much of the America we know and love will remain.

Assemblyman Charles Barron (D-Brooklyn), who initiated the campaign to remove Jefferson’s statue from the City Council when he was its member, 20 years ago, testified: “I think it should be put in storage somewhere, destroyed or whatever. He was a slave-owning pedophile.”

The pedophile bit was a reference to the fact that when Jefferson started his relationship with his slave Sally Heming he was 44 and she 14.

Oh, did we mention he was also the main author of the Declaration of Independence?

If a statue of Jefferson is unfit for City Hall, so is the statue of George Washington, owner of 577 human beings. And if we accept the principle that it is a moral mistake to put two of the most influential early Americans on pedestals there, we should remove Washington from the former site of Federal Hall downtown. Rename Washington Heights and Washington Square. And if slaveholder-founders are unfit for honors in America’s largest city, what are we doing naming the nation’s capital, and dozens of cities and counties and streets and parks, after them?

So, get ready for the new one-dollar bill with the portrait of Booker T. Washington on it. And change YU’s address to Frederick Douglass Heights. Because New York City is getting canceled.

Read also: Yes, But Can They Blow Him Off Mount Rushmore? Teddy Roosevelt Persona Non Grata at Museum of Natural History. 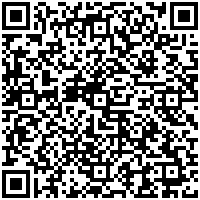