The Trump White House on Thursday froze a $105 million in security aid for the Lebanese Armed Forces (LAF), at a time when the country is in the midst of a political and economic crisis, with its prime minister having just resigned following several weeks of riots.

Despite the similarity between this arms freeze and the “quid pro quo” of which President Trump is being accused in halting military aid to Ukraine, the freeze of aid to the LAF appears to be based on a sound evaluation of its real value in resisting the greatest threat to Lebanon’s democracy: the terrorist group Hezbollah.


According to Reuters, citing two officials, the State Department on Thursday informed Congress that the White House budget office and National Security Council had decided to withhold the foreign military assistance.

The decision has to have been made only in recent days, since on Sept. 5 State Department officials notified Congress the US was moving ahead with the aid package to the Lebanese military.

According to the NY Times, State Department counterterrorism official Nathan A. Sales on Friday said—without commenting on the freeze itself—that the Lebanese military was an important bulwark against Hezbollah, though he did not address the aid freeze itself, saying: “We see Hezbollah as a terrorist organization, and that is why we have worked over the years, over many years, to strengthen the institutions of the Lebanese state, such as the Lebanese Armed Forces, to ensure that there is no felt need in Lebanon to rely on any purported services that Lebanon might receive from Hezbollah. That has been our policy and that remains our policy.”

But some in the Trump administration believe that the Lebanese Army is as likely to collaborate with Hezbollah as resist it. In 2017, Elliott Abrams, who had served as Middle East policy official under President George W. Bush, and now works for the Trump administration, warned Congress that Lebanon’s army “is increasingly intertwined with Hezbollah.”

“If we have tried to make the LAF a counterbalance to Hezbollah, we have failed,” Abrams said. “Perhaps things would be even worse today without our aid and our efforts, but that is a proposition that should be examined and tested.”

According to the NY Times, the Lebanese army occasionally coordinates with Hezbollah, as it did last August, when Hezbollah claimed it had shot down two Israeli drones south of Beirut.

Israel has asked the US and its NATO allies to condition aid to Lebanon on shutting down Hezbollah’s missile accuracy project in south Lebanon.

No one in the US government believes the LAF is free from a give-and-take status quo with the terror group, which is also member of Lebanon’s coalition government. They disagree on the rate of Hezbolla’s penetration of the LAF.

The State Department’s recently appointed assistant secretary of near eastern affairs, David Schenker, argued in an August 2017 paper that, although the Lebanese military had been “colluding” with Hezbollah, it had helped stabilize the country and repel militant Sunni influence.

Earlier in 2017, General Joseph L. Votel, then the leader of the United States Central Command, told the Senate Armed Services Committee that the Lebanese army had “demonstrated tremendous return on investment in recent years,” recommending an increase in its support.

Last December, then defense secretary Jim Mattis said the Lebanese Army was a “legitimate” partner of the American military. “They are helping to keep the situation stable right now,” he said, referring to border tensions between Hezbollah and Israel.

According to the State Dept. (Fact Sheet: U.S.-Lebanon Military Assistance and Defense Cooperation), total US assistance to the Lebanese army has reached more than $2.29 billion since 2005:

According to Aram Nerguizian, writing for Carnegie Middle East Center (The Lebanese Armed Forces and Hezbollah: Military Dualism in Post-War Lebanon, Oct. 30, 2018), noted: “Hezbollah benefits from its preeminent role in Lebanon’s post-war political order. No state institution – including the LAF – will openly challenge Hezbollah’s domestic credibility with its own Shia constituency, and the group’s Resistance operations and expeditionary campaign in Syria have further strengthened Hezbollah’s domestic legitimacy. However, unlike the LAF, Hezbollah does not have the legitimacy and credibility of one of the Middle East’s few fighting militaries, and its preference for hybrid security arrangements does not enjoy the kind of support that was afforded to the group as a result of the 2006 Israeli-Hezbollah conflict.

“On the surface, the determination that both the LAF and Hezbollah wish to play a larger role shaping Lebanese national security politics suggests that there may not be enough room for two preeminent – albeit very distinct – military institutions in post-war Lebanon. However, Hezbollah’s role as a key player in Lebanon’s sectarian political system, and the LAF’s struggle for autonomy in post-war Syria have served to blunt the possibility of open confrontation between the two thus far. Whether this unstable balance persists or not will depend on the trajectory of Lebanon’s precarious sectarian politics, the scale and scope of regional and strategic competition in the Levant, and the ever-present wild card of another Israeli-Hezbollah conflict.”

In other words, the Trump White House is not sure the $105 million in security aid will not end up supporting Hezbollah. It will certainly not encourage the Lebanese army to challenge the terrorists. 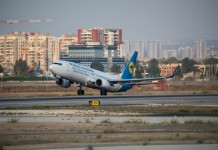 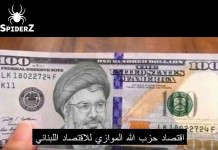 Can the Abraham Accords withstand the Democratic Party’s LEFT-wing ? 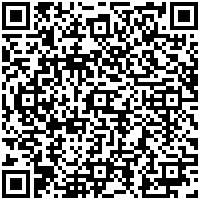