In a pre-Rosh Hashanah interview with US Ambassador David Friedman (‘This is the beginning of the end of the Israeli-Arab conflict’), Israel Hayom asked whether the US is considering the possibility of appointing Mohammed Dahlan, who lives in the UAE, as the next Palestinian leader, and Friedman replied: “We’re thinking about it.”

This was a big oops. Because, as IH itself put it, Mohammed Dahlan is a bitter political rival of PA Chairman Mahmoud Abbas.


Mohammed Dahlan, 59, born in the Khan Yunis Refugee Camp in the Gaza Strip, is most likely to replace Mahmoud Abbas as the leader of the PA. When he headed the PA Preventive Security Force in Gaza after the signing of the Oslo Accords, he built up a force of 20,000 men, making him one of the most powerful PA leaders. And he dealt regularly with the CIA and with Israeli Intelligence. Many in the region believe Dahlan will get the PA and Gaza Arabs beyond the 150-year stalemate with the Zionists because he may be the only leader on the local scene who can recognize Israel and reach a territorial compromise without getting assassinated. He will also charm Israelis because he speaks their language, and so he is the one Arab leader capable of removing the territorial candy from the clutches of the Israeli baby.

Clearly, that quote about the American Ambassador considering imposing a CIA agent over the Palestinian Authority did not go over well back in DC, and so IH was asked to walk it back, please – we presume. They tweeted: Correction: “Our interview with the US Ambassador to Israel misquoted the ambassador’s answer on whether the US would like to appoint Mohammed Dahlan as the next Palestinian leader. The correct quote is: ‘We’re not thinking about it.’ The article has since been corrected.”

Correction: Our interview with @USAmbIsrael misquoted the ambassador’s answer on whether the US would like to appoint Mohammed Dahlan as the next Palestinian leader. The correct quote is: “We’re not thinking about it.” The article has since been corrected.

So the Bibi freebee which is owned by billionaire Sheldon Adelson took one for the team. Needless to say, the correction did not leave a big impression over in Ramallah, where mentioning Mohammed Dahlan is like bringing Canadian bacon to the seder.

Nabil Abu Rudaineh, the spokesman for Chairman Mahmoud Abbas, reacted angrily, saying the “American policy of blackmail, intimidation, and pressures practiced against the Palestinian leadership and against President Mahmoud Abbas” is doomed to failure.

He continued, “The suspicious campaigns and conspiracies aimed at liquidating our national cause, foremost of which is the issue of Jerusalem and its sanctities, and the attack on the symbols of our Palestinian people, are nonsense. Our Palestinian people will draw the map and choose its leadership that preserves its national rights and constants.”

“Passing any attempt to relinquish the sanctities and national constants by any party will be doomed to failure, just as all conspiracies from the Balfour Declaration to the Trump deal have failed,” Abu Rudaineh said, and added: “The steadfastness of President Abbas in the face of the policy of surrender and his preservation of national constants, especially Jerusalem, will determine the future of Palestine and will draw the map of the region.”

Not really. At 85, Mahmoud Abbas just doesn’t have what it takes to fight back against the tide of time which leaves the Palestinian Authority isolated, broke, and friendless. He has been rejected by the Sunni Arab countries when the Arab League refused to take up his cause against the treaties forged by two of its members with Israel this week. At this point, all Abbas is going to receive is lip service from his fellow Arabs. He is not going to draw maps any time soon.

And the Mohammed Dahlan point was made by Ambassador Friedman. I for one am not entirely sure this whole fiasco wasn’t orchestrated to send a stern message to the folks pushing the leader’s wheelchair these days. 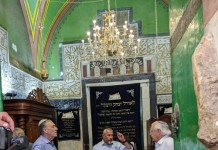 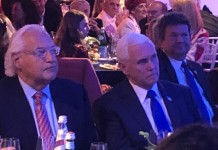 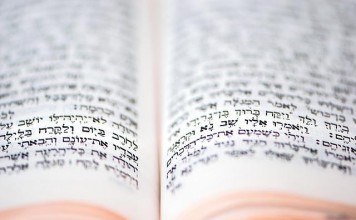 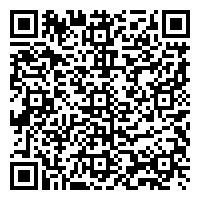