The Israel Defense Force completed significant battle training exercises abroad this month, with Israeli paratroopers conducting drills on Polish soil for the first time ever and the Israeli Air Force working on its long-range capabilities in Greece.


In Poland and Germany, units from the IDF Paratroopers Brigade took part in exercise together with counterparts from the U.S. Military’s European Command (EUCOM) 173rd Airborne Brigade Combat Team.

Speaking by phone from a German airfield, Maj. (res.) Ido Sharir, a reserve operations officer in the Paratroopers Brigade, said the drill with the Americans, dubbed “Swift Response,” was “a very intense and fascinating collaboration with the U.S. Army and a few other armies. The cooperation was focused on specific techniques and drills,” he said, noting that “it’s the first time that Israeli troops and paratroopers are actually taking part in an [American] exercise of this scale.”

The IDF flew a platoon of 40 soldiers and officers from the Paratroopers Brigade reconnaissance battalion to Europe, where together with American troops, they parachuted down to the ground from aircraft, and practiced seizing airfields and other targets.

“We joined forces and ‘fought’ together,” said Sharir, “from the planning status of the mission through to the jumping exercises. We jumped together and then moved forward with the assault. The main thing was to learn, observe and focus on collaboration and tactics.”

He added that it was impossible to ignore the symbolic significance of Israeli paratroopers operating on Polish and German soil 70 years after Israel’s establishment. “Of course, this [Israel’s founding] came after the Holocaust and the Second World War. Taking part in such an exercise on Polish soil brings great meaning to every soldier, and we are very proud and honored to do so. We concluded the exercise by singing our national anthem, ‘Hatikvah,’ on Polish soil, which brought a lot of meaning to all of us,” the officer said.

“The U.S. Army and troops brought a lot of knowledge from their part, and our guys brought their experience and knowledge,” said Sharir. “It was amazing to see. It’s like a language. Our troops, of course, speak Hebrew and the others spoke English, but once you’re in uniform, you can see that we speak the same language.”

According to Maj. Amir Puri, Commander of the Orev Company in the Paratroopers Brigade, the exercise was joined by combat soldiers from Italy, the United Kingdom and Spain.

“I was particularly moved to parachute onto Polish land and to train alongside my friends in the U.S. military on the 70th year since the establishment of the State of Israel,” he said, “in an exercise that points to the strong relationship and cooperation between the IDF and the U.S. military.”

Earlier this month, the Israeli Air Force concluded a joint training exercise with the Hellenic Air Force in Greek airspace, marking another chapter in close cooperation between the two Mediterranean air forces.

The IAF said the drill included “long-range flights and training in unfamiliar terrain along with dozens of planes.” Additionally, the air crews practiced aerial refueling, it said.

The ability to fly lengthy missions and refuel in mid-air would, in theory, be critical to any potential future strikes on Iran’s nuclear targets.

Israel’s flat terrain means that it’s difficult for squadrons to get mountain training. Greece, with its varied topography, offers just that kind of experience.

Some 40 Israeli fighter jets took part in the Greek exercise, together with transport and refueling aircraft.

He added that “our ability to conduct long-range flights in order to perform a mission and return is an existing capability that we are ready to use when needed.” 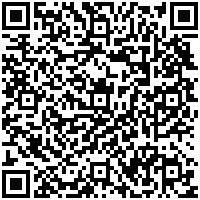