Jerusalem Mayor Moshe Leon on Monday told the Conference of Presidents Annual Leadership Mission: “There are many people, around the world, who want to divide this city – but we will continue to work to unite the city.”

The Mayor thanked the leaders of the more than 50 Jewish organizations from across the United States for their continued support for Israel and for the city of Jerusalem. He told them of the ongoing efforts to build and develop Jerusalem’s economy and its transport system, improving access across the city and protecting the environment.

The Mayor noted, “This is our responsibility to all the people of Jerusalem: Jews, Muslims, Christians, religious and secular, young and old, men and women. They are all the sons and daughters of Jerusalem, and every day, I am proud to work to build bridges between all Jerusalemites.”

Mayor Leon concluded by speaking of the importance of unity between Jewish communities all over the world, echoing the Conference’s theme “Strength Through Unity.”

“History has shown us that the city of Jerusalem can only be united, when the Jewish people are united,” he said, and added that while there were disagreements, “as Mayor of Jerusalem, I ask all of us: Do not let Jerusalem divide us. Do not let the beating heart of our people – the place we have prayed for, and fought for for 3000 years – become a thing that divides us. Jerusalem must always be a place that unites the Jewish people, and one day all peoples.” 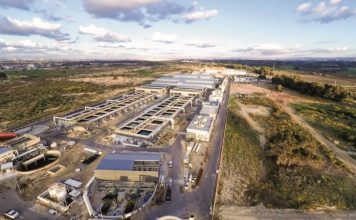