The Jordanian army released the security footage from the terror attack in Jordan, where a Jordanian soldier deliberately murdered 3 US Green Berets. The release came after increased pressure from the families of the US army soldiers on the Jordanian government.

Staff Sgt. James Moriarty, 27, of Kerrville, Texas, Staff Sgt. Kevin McEnroe, 30 and Staff Sgt. Matthew Lewellen, 27 were all members of the U.S. Army’s 5th Special Forces Group, “Green Berets.” They were sent to Jordan to train Syrian opposition forces at the base as part of a CIA program that was started a few years ago.

In November 2016, as they entered the King Faisal Air Base, about 145 miles south of Amman, Jordanian soldier M’aarek Abu Tayeh opened fire on their military convoy, killing the three soldiers.

In further insult to the US, the Jordanian court only gave the Jordanian soldier a life sentence (supposedly eligible for release in 20 years), instead of the death sentence, which they would normally give in a terrorism case where Jordanians were murdered.

As can be seen in the video, the other Jordanian soldiers in the area did not act to defend the US soldiers from the terror attack. 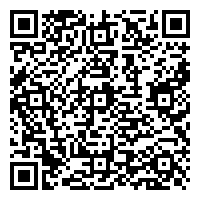