His Majesty King Abdullah II on Saturday congratulated himself before an assembly of local newspaper editors and journalists, saying “he spared no occasion to put the Palestinian cause and defend Jerusalem before the world,” according to the Petra state news agency, adding, “There is no voice that speaks better than Jordan as we carry out our historic political and legal role to stop the judaisation of holy sites despite the difficulties and challenges.”

It should be noted that Jordan relies on Israel for much of its economic stability. With an annual $39 billion GDP, compared with Israel’s $320 billion for roughly the same population size, Jordan could go under without Israeli support.


Under the 1994 peace treaty, Israel provides Jordan, a desert country, 13 billion gallons per year of fresh water from the Kinneret. More than 200,000 Israelis vacation in Jordan, which is starved for foreign currency. Jordan is expected to receive natural gas at a bargain-basement cost from Israel’s Tamar and Leviathan offshore fields. In a country with a soaring unemployment—at least 30%, much higher among youths—Israeli businesses have established industry in Jordan, taking advantage of the lower pay across the river.

In addition, the Hashemite Kingdom sits on the tips of Israeli bayonets. Without a firm security cooperation with Israel, which includes real-time Israeli warnings about assassination attempts against the King, Jordan would long since have become a Palestinian State.

The Jordan Times’ version of the King Abdullah’s announcement Saturday already scrubbed out the anti-Semitic tidbit, but it was clear that the King is stressed enough by recent events to shake out the ant-Jewish genie in the bottle.

There has been a wave of anti-Israeli and anti-Semitic announcements from Jordanian officials in recent weeks. A Jordanian legislator invited former deputy head of Mossad Ram Ben Barak to fisticuffs at the Allenby crossing, “if he is a real man,” after the latter mentioned the possibility of cutting the water supply to Jordan if Israel’s poverty-stricken neighbor misbehaves.

56 Lawmakers signed a petition calling on the King to bring back his ambassador from Israel and suspend relations.

And the Amman based daily Al Watan ran a long blood libel about the “ancient Jewish custom” of mixing gentile blood in the Passover matzos.

With close to 3.5 million Jordanians having “Palestinian” roots, meaning they arrived from across the river between 1948 and 1967, within an overall population of about 6.5 million, plus a volatile Syrian refugee population of about 2 million – Jordan is a boiling cauldron threatening to explode.

The fact that the Jordanian Waqf was caught sleeping at the wheel more than two weeks ago, as the Netanyahu government was taking strong measures in response to the murder of its three police officers on the Temple Mount which the Waqf was supposed to prevent – stuck the King in the position of follower of the Muslim mob and its religious leaders.

Then came the disaster at the Israeli embassy compound, when an embassy security official became entangled in a violent confrontation with a murderous Arab youth and ended up shooting his way out, killing in the process his assailant as well as his landlord. When the King eventually permitted the security guard, along with the entire embassy staff, to leave Amman for Israel – he ended up offending his only reliable base, his loyal Bedouin.

In a video released by the Jordanian military, the Americans are seen waving their hands as they’re running for shelter behind barriers, with al-Tawaiha closing in and firing on them.

The video was released in response to the rage expressed by the gunman’s Bedouin tribesmen, who were accusing the King of capitulating to the Americans and punishing an innocent man. Now they know different.

It did not help that his Bedouin – who constitute about 10% of the population but are the true owners of the country – then saw the same King who had just imprisoned their brother for 20 years of hard labor letting go of a Jewish gunman who just murdered—according to their version of events—a fellow citizen.

Rightwing Israeli politicians, most profoundly the late Prime Minister Ariel Sharon, have advocated for letting the Hashemites go down, to be replaced by the Palestinian majority at the helm, making the country the bona fide Palestinian State. Obviously, the prime minister and his security cabinet are aware of the declining cost effectiveness of Israel’s support for the King. Jordan has been a worthwhile investment as long as it remained Israel’s friendly neighbor to the east. What are the options when the friendship dissolves. 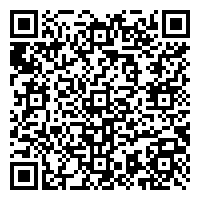