During a meeting at the Knesset with South Korean Ambassador to Israel Choi Yong Hwan on Tuesday, Speaker of the Knesset Yuli Edelstein said, “South Korea is threatened by North Korea, and Israel is threatened by Iran with nuclear weapons. We must put an end to this. I hope the agreement signed this morning between [US President Donald] Trump and [North Korean leader] Kim Jong-Un will lead to a similar process in our region as well.”

South Korea has maintained relations with Israel since 1948, and in 1962 both countries initiated official diplomatic relations. Israel and South Korea have expressed an interest in strengthening their relationship in all areas, particularly defense, but also renewable energy, science and technology, and bilateral trade.

Addressing the agreement between the American and North Korean leaders, Speaker Edelstein said, “It is a tremendous step not only for South Korea, but for the entire world.”

“It will be a long process, but the result may be revolutionary,” the Speaker said. “A few years ago, we could not have imagined that these types of regimes would relinquish their arms and power, and I hope the process which began today will create a willingness for a similar process in the Middle East.”

Speaker Edelstein mentioned that when he visited Seoul about a decade ago, he was “amazed to discover that the citizens were genuinely hoping for the normalization of relations and even peace with their northern neighbors.”

“At the time it seemed like false hope to me, but I was apparently wrong,” Edelstein noted. “I hope the citizens of South Korea will gain the quiet they have been seeking for years.”

In 2013, then Korean Ambassador in Israel Kim Il-soo declared that Israel and South Korea could become an economic powerhouse, referring to hi-tech cooperation between the two countries. The announcement was issued during the First Creative Economy Forum between South Korea and Israel that was held in Tel Aviv, revealing the Korea-Israel Hi-Tech Network, a project aimed at increasing industrial collaborations in hi-tech. 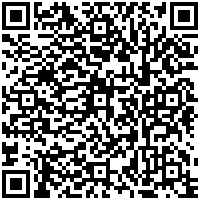