The Obama administration’s foreign policy was one of “leading from behind,” the chief of Mossad Yossi Cohen told a Finance Ministry forum on Tuesday. It led to neglecting the Middle East, and the creation of a vacuum which was quickly filled by Iran and Russia. As a result, Syria, for example, is plagued by a never-ending war, and Russia is back in the region, and it has no intention to leave.

But, according to Cohen, “the United States of the past year is changing its policy. We observe a positive change. We’re seeing a change that may give greater consideration to Israeli security interests, making it somewhat easier for us to force the Iranian expansionism to change direction and maybe change in our favor. We’re starting to see changes, from our perspective, dramatic changes in the Americans’ understanding of the extreme threats posed by Iran’s dramatic ambitions.


“We have eyes, ears and even more than that in Iran,” Cohen said, and explained that “the Iranian citizen bewails the bad economic situation, since, despite the high expectations of the beloved President Rouhani, he is not succeeding – in the view of a large portion of society – in improving the economic situation of citizens and of the state.”

Cohen added that “this reality takes young people out into the streets, but we should not build expectations. I would be happy to see a revolution [in Iran], but there are forces that are opposed to the demonstrators. Meanwhile, we see that Iran is spending more and more money on security in order to advance its expansionist ambitions in the Middle East.”

“The Mossad has a responsibility to gain absolute superiority in the world of espionage,” Cohen stressed. “We can’t afford to be in second place – be it in manpower, in cyber defense, in our ability to obtain intelligence, in operations and the personnel running operations, in technology and command, and in dealing with staff welfare and human resources.”

Cohen emphasized that “they are not stupid out there, overseas or in the desert. The organizations that challenge us are good and strong, and they, like us, try to improve all the time. This is a challenge that forces us to recruit talented people with rare qualities. Anyone entering the service undergoes a rigorous screening process. And the job at the Mossad can take you and your family out of the country more than once.” 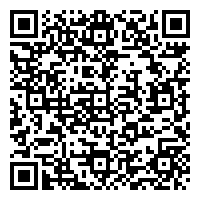