A day after Rabbi Raziel Shevach was shot and killed by Palestinian Authority Arab terrorists on Route 60, adjacent to Havat Gilad, residents of the community said Wednesday that they would bury the 35-year-old father of six  inside the community, despite the lack of a cemetery in the town.


Shevach’s widow, Yael, asked “all Jews” to attend the funeral, and said her husband had asked to be buried in Havat Gilad in the event that something should happen to him.

“We decided as a family to bury my beloved husband Raziel – may God avenge his blood! – in Havat Gilad, where he lived. This is what Raziel wanted if something happened to him… We will honor his request and bury him in the town he loved so much,” she said.

The Civil Administration, which maintains jurisdiction in Judea and Samaria, opposes the move, largely because Israeli authorities never granted approval for the construction of the town, which was established in 2002 in memory of Gilad Zar, a security coordinator of the Samaria Regional Council who had been murdered the previous year. The town has been a point of contention between residents and the Israeli government since its founding, and Israeli authorities have promised American officials in the past to demolish the town and to evict the residents.

Nevertheless, local authorities said the murder of Shevach should present an opportunity for the government to grant authorisation to the community.

“I call on Prime Minister Netanyahu and Defense Minister Avigdor Liberman to accede to the family’s request and to allow the victim to be buried at Havat Gilad,” said Samaria Regional Council Head Yossi Dagan. “This is the time to register Havat Gilad as a legitimate community with the Israel Land Authority. That would be the real answer to terrorism.”

Dagan said that Shevach deserves to be buried in the town “that he loved so much and in which he was so active.

“On such a terrible day for the family, for the Samaria community and for the Jewish people, the correct answer to these base terrorists who tried to drive us out [of this land] by murdering a Jew – the correct response today would be to ratify plans and to grant full recognition to the town of Havat Gilad,” Dagan said. 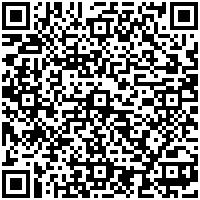