Police in Annandale, Fairfax County, Virginia, on Tuesday issued a statement saying: “Our detectives are investigating two incidents of bias-motivated graffiti that were reported today at two religious institutions in Annandale. Around 7:15 AM, staff at the Jewish Community Center of Northern Virginia, 8900 Little River Turnpike, reported anti-Semitic symbols and words had been spray-painted on the building’s exterior. Then, around 8:50 AM, staff from the Little River United Church of Christ, 8410 Little River Turnpike, reported similar anti-religious symbols and words were spray-painted on the exterior of their building and on the property. No other damage was uncovered and the suspect(s) did not enter either building. It appears the crime at the JCC occurred between 1 and 4 AM.”

This means that the hateful graffiti was smeared on the JCC’s exterior near the end of the traditional Passover seder in many local Jewish homes.

David Posner of Fairfax, wrote on his Facebook page that “the Northern Virginia JCC needs your support today. Monday night while we were celebrating the first night of Passover and embracing our freedom from hate and bigotry at our seder tables, our local JCC in Fairfax was sprayed with anti-Semitic graffiti. The windows, brick walls, white fences around the playground where my daughter has played at the JCC preschool are all covered in anti-Semitic graffiti. There is no doubt that the perpetrators knew they were doing this during the first night of Passover when the JCC was empty and closed.

“The police & Jcc are working together to find the person(s) who committed this horrible act. In the meantime the cleanup begins. I hope you will join me in making a donation to the JCC to help raise money to cover the expenses necessary to erase the physical marks from this awful anti-Semitic act. Our community needs to come together to send a loud and clear message that anti-Semitism will NOT be tolerated. Give today or volunteer your time! (Click here to donate).”

“Regardless of whether you can donate, please keep our Northern VA Jewish community in your thoughts and prayers,” Meg Gustin Nelson posted. “And continue to do whatever you can to fight the small-minded intolerance and hatred that tries to infiltrate our world. It will be stamped out by tolerance and light.”

She also wrote: “This act of hatred affects the whole community. All of us. Not only because the center offers classes and workshops for all beliefs, preschool, and other services. But because it is heinous and unbelievable that this can happen in the 21st century and in an area as diverse and culturally wealthy as Northern Virginia. Because what affects one part of our community should, and needs to, affect us all. And because love and hope will always win.”

Why are Democrats Skipping AIPAC? 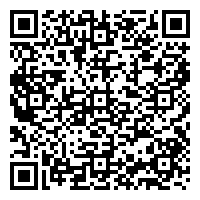