“If anyone in Brooklyn near the intersection of Washington Ave and Atlantic Ave just saw a Hasidic man in a grey van try to hit a woman and her baby in a stroller as she crossed a crosswalk, honking and touching the stroller with the car’s bumper, please DM me. That woman was me,” Tamblyn’s first tweet went. The incident she described supposedly took place around 2 PM Sunday.

It was followed some five hours later by this message:

“Thank you everyone for your kind words of support today. We are fine. But this is not the first time a man from the Hasidic community in NYC has attempted to harm me or other women I know. Any woman riding a bike through South Williamsburg can attest. I hope this guy is caught.”

We stayed with the story for a while, because, frankly, the notion of Hasidic Jews hunting for young women to harm did not strike us as being real.

“This isn’t the time to attack Orthodox Jews, let’s find these specific men and deal with it that way,” one user suggested, apparently accepting the actress’ claim that she had been attacked, but doubting that there’s a Hasidic conspiracy against good-looking young women walking the streets of Williamsburg.

A third user said, “The Hasidic community is after @ambertamblyn? This doesn’t add up. Still no mention if the police are investigating. I believe the incident occurred, but to say you’re a specific target?”

And: “I don’t understand the descriptive either. Aren’t these specific men and not an entire Orthodox community of faith? I don’t get the hypocrisy.”

In the past, the actress tweeted that actor James Woods tried to seduce her and her friend when they were sixteen, and took them both to Las Vegas. Woods has no personal ties to Hasidic Jews, we looked.

40K Without Power on Upper West Side of NYC

IEC Restores Power to Gaza After Rocket Damage to Infrastructure 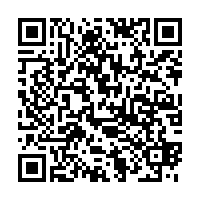