Vernon Stevens, 55, of Brooklyn, shouted “[expletive] Jews!” at a couple that was dressed in traditional Chassidic clothing around 10:15 PM on Thursday, near the corner of 45th Street and Seventh Avenue in Manhattan, The NY Post reported Saturday.

Police said they received an eyewitness account of the anti-Semitic harassment from two teenagers, 15, one from Brooklyn, the other from Queens, who did not know the couple but yelled back at Stevens as the latter was harassing them.


The suspect then placed his fingers in front of one the teenagers’ face and called him, “[expletive] Jew!” according to cops who spoke to the NY Post.

Stevens was arrested about an hour later, at West 46th Street and Seventh Avenue, according to police, following a complaint that had been filed at the local precinct by the two boys. He was charged with aggravated harassment in the second-degree, harassment as a hate crime, and harassment in the first-degree.

Police said Stevens is a career criminal with more than 30 prior arrests for charges such as assault, criminal trespass, petite larceny, and harassment. 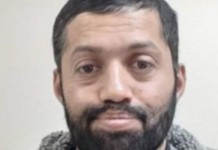 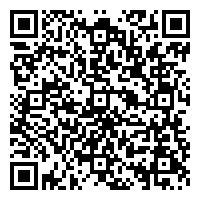