A New York Democratic candidate for City Council member has repeatedly blamed “greedy Jewish landlords” and “Donald Trump” in a videotaped campaign message, saying the incumbent Jewish City Council member was ignoring problems in the city’s seventh district on the upper West Side of Manhattan.


Thomas Lopez-Pierre is running in a primary set for September 12th against incumbent city council member Mark Levine, who is Jewish, and who he accuses of “taking $100,000 in political money from greedy Jewish landlords.”

The campaign video was uploaded at the end of March with the subtitle, “STOP Ethnic Cleansing of Black/Hispanic People!”

One might think that in the days of accusations of fascism against the Trump administration, it is impossible to find such a phenomenon among Democrats — and especially in the bastion of liberty and justice for all, New York City.

This candidate has even been photographed with the city’s current Mayor, Bill DeBlasio — the pic is seen in passing.

Lest the reader be fooled into making any errors, here is the transcript of the YouTube footage in case it is taken down:

“Good afternoon. My name is Thomas Lopez-Pierre, and I am a candidate for city council in the seventh council district in Upper Manhattan, the Upper West Side, West Harlem and lower Washington Heights,” the candidate says on the video.

“I am standing in front of Councilman Mark Levine’s office on 141st and Amsterdam Avenue. Mark Levine is controlled by Jewish landlords,” he continues.

“Jewish landlords own more than 80 percent of the real estate in Upper Manhattan, and they are at the forefront of pushing black and Latino people out of Upper Manhattan.

“Together if we organize we can defeat Mark Levine, we can defeat Donald Trump (it’s not yet clear what the President of the United States has to do with all this, especially in a local primary months from now in the opposing party), and we can defeat the Jewish landlords that are pushing black and Latino people out of Harlem, Washington Heights and the Upper West Side.

In addition to the vigorous efforts of the above candidate, a third man has also entered the race: Matthew Gros-Werter, 33, registered this month. He is, ironically enough, one of those hateful Jewish real estate business people. He launched his Matthew Neil Group firm less than a year ago, according to Manhattan Express News.

Even more ironically, Gros-Werter’s sister Ariel has contributed to Lopez-Pierre’s campaign, and in 2013, so did the new candidate himself, Matthew Gros-Werter. 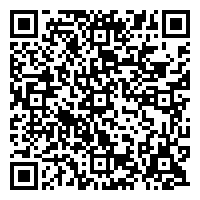