Prime Minister Benjamin Netanyahu met Thursday (June 27 2019) at his office in Jerusalem with New York Governor Andrew Cuomo, who arrived Wednesday in Israel on his third solidarity mission to the Jewish State.

Cuomo had told listeners Monday during an interview on WAMC that he planned to discuss anti-Semitism and, as he has in the past, to increase economic opportunities between New York State and the State of Israel — specifically to attract Israeli tech firms to the Empire State.

But Cuomo made clear that he was making the trip to “reinforce that New York State stands in solidarity with the Jewish Community and with the people of Israel” in the wake of rising anti-Semitic incidents in New York.

Last month, the NYPD released figures showing the hate crimes in the Big Apple were up 67 percent over the first quarter of the year as compared to 2018, with 145 incidents from January through April 2019 as compared to 87 one year earlier. More to the point, 82 of those incidents this year were anti-Semitic in nature – an 82 percent increase.

Two of Cuomo’s sisters are married to Jewish men; he also grew up together with the Jewish community. His late father, former New York Gov. Mario Cuomo, was deeply popular with and very protective of the Jewish community as well. “We have zero tolerance; we have more police investigations than ever before, we have stricter laws than ever before and when we find people who have done antisemitic activity, they will be prosecuted,” he said during a subsequent meeting Thursday at the King David Hotel in Jerusalem between his economic delegation and representatives of the Israeli hi-tech industry. Cuomo underlined his love for Israel and for the Jewish community “with all his heart,” saying it was “because the Jewish community is part of my family, both literally and figuratively.”

Anti-Semitism is skyrocketing across the United States, however, as it is around the world.

White supremacist propaganda distribution on college campuses in the United States has increased for the third straight year,according to data released today by ADL (Anti-Defamation League). From Sept. 1, 2018 to May 31, 2019, ADL’s Center on Extremism documented 313 cases of white supremacist propaganda on college campuses – including flyers, stickers and posters – compared to 292 during the 2017-2018 academic year, representing a seven percent increase. This year’s increase comes on top of a 77 percent increase during the previous (2017-2018) academic year. 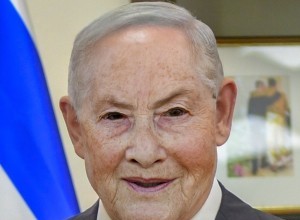