“Send forth men, and let them spy out the Land of Canaan that I give to Bnei Yisrael” (Bamidbar 13:2).

The Chasam Sofer writes that Hashem sent the spies because He wanted Bnei Yisrael to realize that they couldn’t conquer the land without the miraculous help of Hashem. If the spies would not have seen for themselves the strength of the inhabitants, the giants, and the high walls and fortifications, the Evil Inclination would have misled them into thinking that Bnei Yisrael could conquer Eretz Yisrael on their own. And Bnei Yisrael would have attributed their victories to their own power and might, without acknowledging Hashem’s assistance.

Only after being informed by the spies of the nature of their formidable foe were they able to fully appreciate the miracles that occurred when their enemies later fled before them.

The Ohr HaChaim notes that Hashem describes the land as “the Land of Canaan that I give you” when He tells Moshe to send spies. Clearly, then, the spies’ mission wasn’t to determine whether Bnei Yisrael could triumph over the nations of Canaan. Hashem already told them they could. Rather, Hashem wanted them to realize that He was bequeathing them the Land – that the seven nations were stronger than the Jewish nation and could not be defeated without divine assistance.

Forty years later, Hashem said, “Perhaps you will say in your heart, ‘These nations are more numerous than I; how will I be able to drive them out?’ Do not fear them. You shall remember what Hashem did to Pharaoh and to all of Egypt” (Devarim 7:17-18). The Sforno explains that the word “perhaps” in the first verse is not meant to imply doubt. Rather, it means that under ordinary circumstances we clearly could not be victorious over the enemy.

The Maharsham adds that only when we acknowledge that we are unable to triumph over the enemy will we be able to be unafraid and will Hashem bring about our salvation. If the Jewish people mistakenly think, however, that they can be victorious over the enemy on the strength of their own power, they should indeed be fearful because they are powerless compared to the mighty nations.

When the Jewish people realized their mistake, a group of them said, “We are ready and we shall ascend to the place of which Hashem has spoken, for we have sinned” (Bamidbar 14:40). The Chasam Sofer points out that the spies had been sent to the Negev where the strongest and mightiest inhabitants of the land dwelled so that the Jewish people’s ultimate conquest of the land would seem all the more remarkable. So now when Bnei Yisrael wanted to do teshuvah for not trusting Hashem, they went specifically to that place.

Ultimately, because of the unfavorable report of the meraglim, Hashem decreed that Klal Yisrael should wander in the desert for 40 years – “like the number of days that you spied out the land, 40 days, a day for a year, a day for a year” (Bamidbar 14:34).

The great R’ Moshe of Lelov had a deep love for Eretz Yisrael and yearned to live out his years there. Members of his community and the other Rebbes tried to persuade him to abandon his plans, but the Lelover was determined to realize his lifelong dream. He answered every individual who approached him, “Now that my beard has turned white, I cannot remain in Europe any longer.”

Early in Elul 1850, R’ Moshe of Lelov and his family, accompanied by an entourage of about a dozen of his disciples, boarded a ship leaving Romania and set off for the Holy Land.

Like many travelers in those days, the passengers encountered many hindrances on their trip. In Istanbul, for example, they were delayed for more than two weeks when the ship’s crew became aware of their distinguished passenger and tried to extort a large sum of money in exchange for leaving port. The Rebbe was forced to seek another ship traveling to Eretz Yisrael.

When they finally reached Acco, it was already more than two months later. R’ Moshe remarked to one of his close disciples, “A day for a year, a day for a year” – but no one understood what he meant. Seventy-four days after he set foot on the shores of Eretz Yisroel, R’ Moshe returned his soul to Hashem as he was preparing for tefillah at the Kosel HaMaaravi. He was 74. 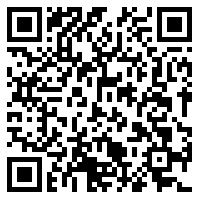