New York State Attorney General Letitia James on Thursday filed a motion to intervene in a lawsuit against the Town of Chester and Orange County, saying their efforts to block housing development for Chassidic Jewish families is “blatantly anti-Semitic.”

The suit, filed by The Greens at Chester, alleges that Chester and Orange County engaged in a concerted and systematic effort to blocking the firm’s construction development in order to prevent Chassidic families from moving to Chester.

AG James, who, like everything in New York State, is a card-carrying Democrat, said “blocking the construction of homes to prevent a religious group from living in a community is flat-out discriminatory. This campaign to deny housing to members of the Jewish community is not only a clear violation of our laws, but is antithetical to our basic values and blatantly anti-Semitic.”

Letitia Ann James, 61, was elected Attorney General of New York in 2018, replacing appointed attorney general Barbara Underwood. She is the first African-American and first woman to be elected to this post. When she was in the New York City Council, she represented the 35th Council District, which includes parts of Crown Heights, Prospect Heights, and Bedford-Stuyvesant.

The AG stressed that New York State “has a longstanding commitment to ensure equal housing opportunities for all residents – regardless of race, gender, or religious identity – and we will ensure this commitment is upheld.”

Chester Greens LLC, based in Montebello, NY, last July sued the town of Chester, Orange County, as well as individual county officials, in federal court in White Plaints, for their opposition to a Chassidic development, and their discriminatory efforts to derail the already approved development.

In 2017, Chester Greens acquired for $12.1 million a 117-acre property in the Town of Chester, which already had a fully approved subdivision plan that the previous owner, Wilbur Fried, had reached in a court settlement with the town in 2010, for 431 homes.

The problem is that when the town of Chester settled for the new homes, it wasn’t aware they would come with Jews in black hats and long kapotas who talk funny and eat kugel.

The plaintiff demands that the court reverse the town’s denials of a building-permit, as well as order $80 million in compensatory damages for each of eight claims, $20 million in punitive damages for four of the claims, and compensation for property the town allegedly took away.

Chester attorney Mary Marzolla said in a statement: “There is no reason for [the AG office] to be unnecessarily involved in this matter on behalf of a private developer that can sufficiently represent itself.” She accused AG James of trying to pressure the town into settling.

According to the Associated Press, Town Supervisor Robert Valentine, who was elected as a Republican but also ran on other lines, said he was looking forward to a court decision “based on input from both sides and not on political influence.” 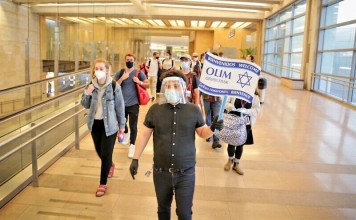 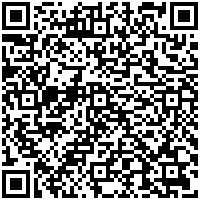