New York University’s Asian/Pacific/American Studies Institute has denied a pro-Israel student’s request to host a Zionist speaker in response to an event it hosted last month with anti-Israel Palestinian-American lawyer Noura Erakat, according to emails obtained by JNS.

Citing NYU’s policy regarding speakers, which includes “the free exchange of ideas and open inquiry are the bedrock principles at NYU,” Ben Newhouse, a junior, emailed on Oct. 15 to request that the department of social and cultural analysis (SCA) host one of the following speakers in response to the Oct. 23 event with Erakat as part of her tour promoting her book Justice for Some: Law and the Question of Palestine: former Israeli Ambassador to the United States Michael Oren; Alan Dershowitz, constitutional law scholar and author of The Case for Israel; Alex Safian, associate director of the Committee for Accuracy in Middle East Reporting in America (CAMERA); legal scholar Eugene Kontorovich; and former World Jewish Congress secretary-general Dan Diker.


In the email, Newhouse said that having one of these speakers would “show the school’s commitment to freedom of expression and inquiry. Sponsoring just [emphasis his] Noura Erakat’s perspective undermines NYU’s promise to provide its students with a free exchange of ideas and open inquiry.”

Erakat’s book claims that the “Israeli-Palestinian conflict can only be understood through a settler-colonial framework; the international community has failed Palestinians by bending the laws in favor of the Jews; and attempts should be made to prosecute Israeli veterans for war crimes,” wrote CAMERA campus adviser and strategic planner and former Israel Defense Forces paratrooper Yoni Michanie.

In response, Crystal Parikh, the director of Asian/Pacific/American Studies (A/P/A), which co-sponsored the event, emailed Newhouse the following day and stated that Erakat’s talk was “neither meant to be part of a book tour nor a political debate,” rather she would “present her scholarship on a subject that she has researched thoroughly, and which has been vetted by other scholars in her field.”

Parikh added: “Of course, we support fully the free exchange of ideas and open inquiry,” and that Newhouse should ask an academic department or student group to sponsor the event the student sought.

Newhouse replied on Oct. 17 that Erakat’s book would “undoubtedly be presented and spoken about,” citing the A/P/A website promoting the event, which showed the cover of her book next to a picture of her.

Attendees ended up being offered a promotional discount on the book.

In the Oct. 17 email to Parikh, Newhouse labeled her book as a “fierce anti-Zionist viewpoint,” for example, construing the “Israeli-Palestinian conflict through a ‘settler-colonial’ framework” in which “that sort of interpretation is a controversial perspective which is challenged by other scholars.”

Therefore, wrote Newhouse, by only inviting Erakat, A/P/A would solely be promoting a biased perspective.

A week later, Parikh emailed Newhouse that A/P/A “is not interested in hosting one of the speakers” he recommended.

Parikh did not respond to a request for comment.

The SCA professor that invited Erakat, Lisa Duggan, emailed Newhouse on Oct. 17 that Erakat wasn’t invited “in connection with any book tour or for the purpose of political debate,” rather “to share her research with some of our graduate students, and then decided to open her talk more widely.”

Duggan has an anti-Israel history, according to the watchdog Canary Mission. For example, she has endorsed the U.S. Campaign for the Academic and Cultural Boycott of Israel.

In a same-day response to Duggan, Newhouse emailed and asked SCA to sponsor an event with one of the speakers he proposed for the sake of “freedom of inquiry and expression.”

Newhouse told JNS that Erakat “not only mentioned her book during the discussion, but also made it the central point of her speech. This included reading multiple excerpts from her book and even distributing 20 percent discount codes for her book.”

He continued, “More disturbing than Noura Erakat’s book itself was the fact that two NYU professors directly and knowingly lied to me—an NYU student—about the role of Ms. Erakat’s book in her lecture.”

“I am disappointed and disturbed that NYU Department of Social & Cultural Analysis would choose to host an event featuring Noura Erakat—one that was mandatory for their graduate students—and at the same time refuse to host a speaker with countering viewpoints,” added Newhouse. “By doing so, this department is failing to provide its students with a diverse range of viewpoints, a blatant disregard for the university policy on speech, speakers and dissent.”

At the same time,  she continued, the department “is isolating students who support Israel by adopting and promoting a specific, one-sided narrative to the Israeli-Palestinian conflict.”

Also on Oct. 17, SCA chair Jennifer Morgan emailed Newhouse to express that her department is “committed to being a space for the open exchange of ideas,” and that it’s “in the process of putting together a series of conversations on Islamophobia and anti-Semitism later this semester or at the beginning of the spring.”

The following day, Newhouse replied to Morgan that while he appreciated SCA striving to enable a discussion “relevant to the discussion of the contemporary political and social climate,” he asked that event be held with one of the scholars he mentioned in his initial email to refute Erakat’s talk.

Morgan responded on Oct. 24 that SCA “is always open to requests” for sponsoring speakers or events and that its budget “allows for small contributions, about $200.”

She appeared to suggest that anyone on Newhouse’s list of scholars won’t be considered as SCA “does not have space in [its] budget or resources for another major speaker in the current academic year. These things are planned quite some time in advance.”

Morgan told JNS that her department has a specific objective that doesn’t involve at least one of the speakers Newhouse suggested.

“The department’s vision here is not to invite high-profile speakers, but rather to draw on the model of the Ford Foundation’s Difficult Dialogues so as to enable transformative conversations,” she said. “This is our plan for the spring and the following academic year.”

“If academic departments are failing to uphold their own values of promoting ‘diverse and open inquiry,’ how can prospective students be assured that they will be receiving an unbiased perspective on complex political conflicts throughout the world,” he rhetorically asked. “The departments that chose to sponsor an openly anti-Zionist speaker, failed to uphold these values when they denied this student the opportunity to sponsor other speakers, who could easily refute Ms. Erakat’s research.” 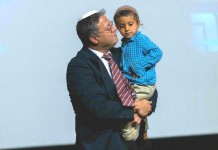 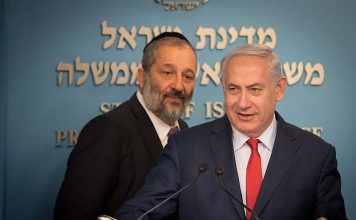