U.S. Secretary of State Mike Pompeo told news media traveling together with him on a plane heading for Ireland on Wednesday that a tweet posted the day before by President Donald Trump was “an effort to remind [Russia] of the commitment that they made.” On Tuesday, the president tweeted, “President Bashar al-Assad of Syria must not recklessly attack Idlib Province. The Russians and Iranians would be making a grave humanitarian mistake to take part in this potential human tragedy. Hundreds of thousands of people could be killed. Don’t let that happen!” he wrote.

Pompeo told reporters that Russia “made a commitment that said this was a deescalation zone and this would be resolved through the Geneva process.”


Many rebel forces and their families who until recently were located elsewhere in the country, and who fled other “deescalation zones” have since fled to Idlib. “There’s no place for these people to go,” Pompeo pointed out. But he was not rushing to throw the baby out with the bath water, so to speak.

“The Russians have the narrative that there are terrorists in Idlib. That is a true statement. We share their concern about terrorism emanating from northern, northwest Syria. We absolutely agree with them there are terrorists in those locations and they need to be taken care of such that they don’t export terror around the world.”

Nevertheless, Pompeo said, “It is not the way to do that to put the lives of all these innocent civilians at risk and create a humanitarian crisis, and I think that’s what you saw the President saying last night was we’re happy to work on the terrorism issue in this place, you made an agreement to handle this in a way that is different from what it appears you’re thinking, please take that seriously.”

The Secretary added that the United States has an additional concern, one that Israel is watching closely as well.

“Then of course, too, we’re always concerned they may use chemical weapons in the process of trying to obtain their military objective, and I think – I think the President could not have been more clear over the last year in both word and action about how he feels about the use of chemical weapons.”

Israel has attacked a number of “research centers” in Syria over the past 18 months where chemical weapons were being developed or had been developed in the past, many of which were under Iranian supervision. The Jewish State continues to maintain that it will not allow the Islamic Republic or its terrorist proxies to establish a permanent military foothold anywhere in Syria, regardless of whatever agreements are reached by any party operating in the country across Israel’s northern border. 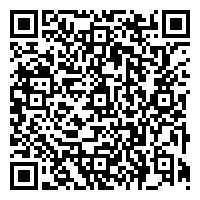