Three victims of a reported chlorine chemical weapons attack by the regime of Syrian President Bashar al-Assad were treated over the past week in an Israeli hospital, according to an exclusive report published by The Jerusalem Post, quoting Arab sources.

A spokesperson for the Revolutionary Command Council in Quneitra and the Golan who spoke with The Jerusalem Post said Syrian regime forces shelled a strategic site called ‘Bardaya Hill’ controlled by Syrian rebels.

Three of the rebels who suffered suffocation, allegedly as a result of explosive drums containing toxic gases thrown by regime forces from helicopters, were sent to Israel for treatment.

The spokesperson, Abo Omar al Golany, said the chemicals were believed to have been chlorine. “They hit [the rebels] from helicopters and used gas in at least three places,” the source said. “The same day, the wounded came to Israel.”

The report said the attack took place on November 16 near Mazra’at Beit Jinn, a suburb of the village of Beit Jinn near Mount Hermon in the Golan Heights. Those who were injured in the bombing were brought to the Syrian-Israeli border, and then allegedly transferred to Ziv Medical Center in Tzefat, according to an Israeli source.

Two days later, on November 18, for the second time in two days Russia used its veto to block a United Nations Security Council resolution that would have continued an international probe into the chemical weapons attacks in Syria.

Russia had already used its veto to block the United States from advancing a draft resolution that would have extended the mandate by the Joint Investigative Mechanism (JIM) by a year.

The draft resolution advanced by Japan would have extended the mandate by JIM by 30 days. As it currently stands, the JIM, which is the sole official mission tasked with official investigations of chemical weapons attacks in Syria, will expire at midnight Friday. 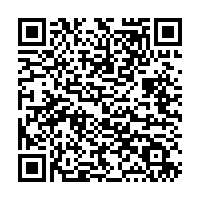