Trump administration officials are directing their attention to improving conditions in the Gaza Strip, opting to ignore the Palestinian Authority which has been boycotting US missions to the region – in the hope of forcing Ramallah to join the peace process before it becomes irrelevant, The Washington Post reported Saturday.

“We definitely have a Gaza focus right now because the situation is the way it is, and we want to try to help,” a senior Trump administration official told the Post. “But it’s not as though we think we need to fix Gaza first before we would air the peace plan.”

Israeli officials told the Post they like the “Gaza first” approach as an efficient way to pressure Hamas to permit civilian rehabilitation projects in the Strip. Should the program succeed, the PLO would have to join or be left out in the political cold.

“It’s providing support to people in Gaza as a first stage,” a senior Israeli official noted, adding, “They know the Palestinians are not willing to consider [a broad peace agreement with Israel], so they are starting to put more attention on the humanitarian situation in Gaza.”

The White House puts the blame on Hamas, which it labels a terrorist organization, for using Gazans as pawns in its political and occasionally shooting war with the Palestinian Authority. The PA condemns the US effort to manipulate the situation by using Gaza crisis as leverage to force Chairman Mahmoud Abbas to the bargain table from a weak position.

Meanwhile, senior Arab diplomats, including from the PA, who are involved in the efforts of the Trump administration and the moderate Arab states to implement the regional peace plan President Trump has dubbed “the deal of the century,” have told Israel Hayom that Trump, backed by Saudi Arabia, Jordan, Egypt and the United Arab Emirates, is working to normalize the situation on the ground in the Gaza Strip as the first stage of the peace plan.

According to knowledgeable Arab officials involved in the American efforts, the plan to normalize life in Gaza will initially include a long-term truce between Israel and the various local Arab factions.

Such an agreement, which would be achieved through the mediation of moderate Arab countries, will also include the implementation of a series of economic projects and contingency plans to rehabilitate the Gaza Strip, with the support and funding of countries and international organizations. It would introduce the possibility of transferring goods to Gaza by sea, by allocating a designated dock for Gaza at one of the harbors in Cyprus, where goods destined for the Gaza Strip and those leaving it will undergo a security check.

A senior Jordanian official told Israel Hayom that “a regional peace plan can be implemented only if it includes the normalizing the reality of life in the Gaza Strip. The siege and closure on the Gaza Strip cannot continue. The Gaza Strip is on the verge of a humanitarian disaster, and not only Israel will pay a price for it, but also the Arab states, and especially the Palestinian leadership.”

“Unfortunately, in refusing any diplomatic move brokered by the United States and in his declarations of boycotting the Americans, Mahmoud Abbas has pushed himself out of the implementation the peace plan by normalizing life in the Gaza Strip,” the Jordanian source said.

A senior Egyptian source told Israel Hayom that “Trump and his people have proven that they are able to think outside the box and produce creative solutions. During their last visit to the region, President Trump’s emissaries presented the main points of the ‘deal of the century,’ with the plan for normalizing the reality of life in Gaza being presented first and foremost as a preliminary step to the regional peace plan.”

Abbas and the Palestinian Authority have not been in control of the Gaza Strip for more than a decade, and so the US will ultimately be dealing directly with their biggest foe, terrorist-designated or not – Hams. And Trump’s people are doing it with the enthusiastic support of the moderate Arab countries.

Way outside the box. 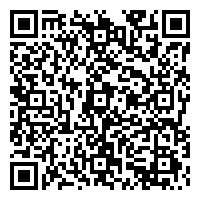