The Satmar Rebbe arrived on Saturday night to strengthen the members of the Jersey City Chassidic community, at a Melave Malka meal organized by Mosodos Greenville, following the tragedy in which two Chassidim and four non-Jews were murdered.

During the Melva Malka Supper at a study hall in Jersey City, members of the community gave thanks for the miracle that happened to them when the two murderers did not enter the Beit Midrash and the Talmud Torah adjacent to the kosher market – which spared them a much greater tragedy.

The ad was posted before Shabbat, and said the feast was held on the week in which Satmar marks the date of Kislev 21, the Rescue Day of the late Rebbe, Rabbi Yoel of Satmar, Z’ya, who was saved from the Holocaust miraculously 75 years ago.

The ad continues: “On this occasion, we will hear holy words from the Rebbe, who will bestow the dew of strength and faith to help community members hold on in the days following the terrible disaster.” 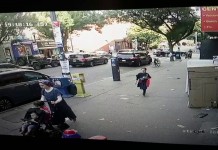 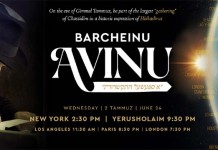 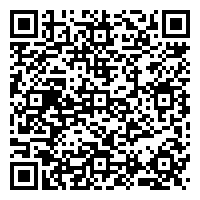