Chairman of the Executive of The Jewish Agency Natan Sharansky on Monday told dozens of Jewish leaders from around the world: “What was frozen in June remains frozen.” But he added a hopeful note: “We nevertheless remain committed to the principle articulated by Prime Minister Netanyahu – one wall for one people.”

Members of the Board of Governors of The Jewish Agency for Israel visited the “egalitarian” section of the Western Wall Monday morning, accompanied by Sharansky and Tzachi Hanegbi, who currently serves as Minister in the Prime Minister’s Office, in charge of National Security and Foreign Affairs.


Hanegbi has been appointed by Prime Minister Netanyahu as the government’s liaison for matters pertaining to the Western Wall.

Chairman Sharansky said: “While it was important that the members of the Board of Governors had the opportunity to hear from Minister Hanegbi as a representative of the government, we have seen no progress on any of these issues since the government’s regrettable decision in June, and no directions toward progress were evident today. What was frozen four months ago remains frozen. We nevertheless remain committed to the principle originally articulated by Prime Minister Netanyahu: one wall for one people.”

Also addressing the gathering were President of the Union for Reform Judaism Clergyman Rick Jacobs, and Clergyman Steven Wernick, CEO of the United Synagogue of Conservative Judaism.

On Tuesday, the Board of Governors will travel to the Knesset and hold meetings with dozens of MKs from coalition and opposition parties, to discuss the ramifications of the government’s suspension of the Western Wall agreement and its advancement of a bill to establish the Chief Rabbinate’s exclusive authority over conversions conducted in Israel. 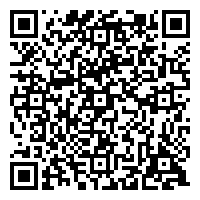