France and NATO Command are at loggerheads over the participation of an IDF contingency in upcoming maneuvers on French soil next month, Israel’s Channel 2 News reported Wednesday.

The major military exercise of the North Atlantic Military Alliance was scheduled to take place in France in October, which would have included a contingency of the IDF and Medical Corps. The Israelis’ part in the maneuvers was to set up a field hospital, including the establishment of operating theaters, for the benefit of teams from all over Europe which were supposed to learn from the Israeli staff.


Israel’s unique capabilities in deploying hospitals in the field is well-known and has been praised in disaster-stricken areas.

Now it appears that Israel’s participation has led to a power struggle between France and NATO Command.

For an unknown reason, the French have announced they were opposed to Israeli participation in the exercise in their territory.

NATO Command did not want to give up the special capabilities that Israel had to offer and informed the French that if they did not allow the Israeli delegation to participate, the exercises would be moved to a different location, and NATO would not be training in France this year.

The French stood firm and insisted on not allowing the Israeli medical delegation to reach France and participate in the exercise. In response, NATO decided to hold the exercises on schedule – but to transfer them to another country in Europe.

From the mid-1960s to the mid-1990s, France pursued a military strategy of independence from NATO under a policy dubbed “Gaullo-Mitterrandism.” French President Nicolas Sarkozy negotiated the return of France to the Alliance in 2009, but France remains the only NATO member that refuses to commit its nuclear-armed submarines to the alliance. 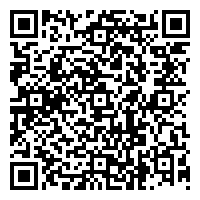