Russian President Vladimir Putin and Palestinian Authority Chairman Mahmoud Abbas will meet in Sochi on the Black Sea (site of the 2014 Winter Olympics), next Thursday, May 11, according to the PA ambassador to Russia Hafiz Nofal who spoke to TASS.

According to Ambassador Nofal, the two leaders plan to discuss the results of the League of Arab States’ summit in Amman, with special attention paid to the PA issues and its “struggle against terrorism,” as well as the Abbas meeting with US President Donald Trump in Washington.

“The Russian and Palestinian leaders will also discuss bilateral relations and intra-Palestinian reconciliation,” Nofal said, by which he means the chance that the PA and Hamas might stop hunting each other’s agents for sport.

During his press conference with President Trump on Wednesday in Washington, Abbas said he trusted his host’s “courageous stewardship” and “wisdom” to achieve a peace deal with Israel.

Documents published by Foreign Policy magazine in late April show Trump’s plan to increase by 4.5% the US foreign aid budget to the PA, which will include funds intended for the Gaza Strip. 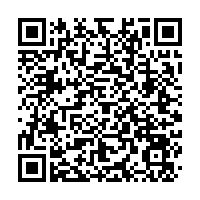