President Jimmy Carter will go down in history as the worst foe of Israel of all the US presidents for two reasons: one, he created the immoral concept of land in exchange for peace; and two, he forced an Israeli prime minister to officially recognize the “legitimate rights of the Palestinian people.”

Of course, the failure was all Menachem Begin’s who did not dare to stand up to the president. And so, once those two concepts had been established, the road to the Oslo accords and to the loss of Israel’s right to the lands the Jewish people had been given by the Great Britain (1917), the League of Nations, and the San Remo Conference (1920).

The first failure of the late Prime Minister had to do with the very principle of land for peace. It suggested that Egypt would continue to withhold its recognition of Israel’s right to exist until Israel gives back the Sinai peninsula which it had conquered in a war. And, as Israel realized a bit later, the Egyptians insisted on getting back every last inch of the Sinai, including Sharm El Sheikh, where Israel had invested millions to develop the local tourism industry.

Normally, when two parties have a dispute over land, they approach an arbiter, each submits its claim to the land and the arbiter decides. But in Camp David, one party—Israel, had to give up all its rights to the land in order that the other party agree not to continue to plot its annihilation.

Over the years, as this idea has been hailed as providing decades of tranquility on the Egyptian border—never mind those two years when the Muslim Brotherhood took over and did away with all the critical aspects of the accords—this immoral idea of a world superpower forcing a satellite state to submit or face annihilation has become synonymous with peace. The US has done the same to Taiwan and to Sadam Hussein, both loyal servants of American foreign policy until it became more profitable to throw them to the dogs.

And so, if there’s one thing Israel must learn from the idea of Land for Peace it is to cease being a satellite of the US, give up US military aid, and seek alliances with more superpowers.

The other terrible consequence of Camp David, where Menachem Begin came close to committing treason, was accepting that “the agreed basis for a peaceful settlement of the conflict between Israel and its neighbors is the November 22 1967 United Nations Security Council Resolution 242, in all its parts.” To remind you, 242 both called for Israel to give up land in return for peace, and to allow so-called Arab refugees to return to whence their grandparents had fled back in 1948.

The Camp David accords recognized the “legitimate rights of the Palestinian people,” to be followed by a process was to be implemented guaranteeing the full autonomy of the people within a period of five years.

This full autonomy was to be discussed with the participation of Israel, Egypt, Jordan and the Palestinians, by whomever they were represented at the time.

The withdrawal of Israeli troops from the West Bank and Gaza was agreed to take place after an election of a self-governing authority to replace Israel’s military government. It was less clear than the agreements concerning the Sinai, and was later interpreted differently by Israel, Egypt, and the United States. The fate of Jerusalem was deliberately excluded from this agreement.

It’s true that Prime Minister Yitzhak Shamir was able to ignore this part of the Accords for a decade, but he, too, succumbed to world pressure in the end and agreed to attend the 1991 Madrid conference to “revive” the talks about a Palestinian state in the liberated territories.

Once Shamir had been forced to embrace the legitimacy of “Palestinian legitimate claims” on Biblical Israel, the Oslo Accords became a question of when, not if.

This week, we’re probably going to watch as President Trump signs his endorsement of Israel’s sovereignty over the Golan Heights, which will be a lovely election campaign gift to his friend, Prime Minister Benjamin Netanyahu. It’s an important endorsement, delivered at a time when it has zero need and zero actual effect – no one in Israel, with the exception of only a few Arab politicians, is dreaming of giving back the Golan to Syria when it’s not clear who’s in charge in Syria and when would he be mercifully assassinated.

Trump will demand and Bibi will deliver, the doom of the settlement enterprise as we know it: even if not a single settler is evacuated from their home, the new political reality of being surrounded by a new Arab country with no opening for expansion and mounting daily security woes will start the process of ruin.

And this coming Tuesday, the world will be celebrating all of the above. 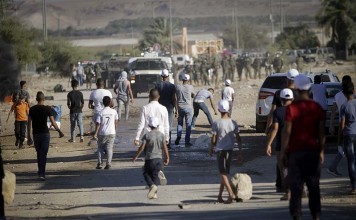 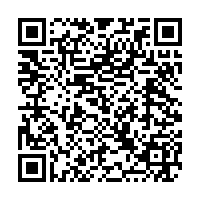