As the next 90-day deadline approaches on October 15th, President Trump is expected to not certify that Iran is in compliance with the JCPOA, former President Obama’s nuclear deal. He will probably make the announcement on October 12th.

If Trump doesn’t certify Iran’s compliance, it goes to Congress, where they will have 60 days to decide whether or not to reimpose sanctions on Iran.


Trump is reportedly not interested in having to recertify Iran every 90 days and wants to push the problem onto Congress.

Omri Ceren of the Israel Project reports that the final nail in the coffin was the recent admission by the IAEA that it’s been unable to verify Iran is implementing a part of the deal, Section T, prohibiting nuclear weapons development. The Iranians won’t let the IAEA inspectors into military sites where such work would be occurring. 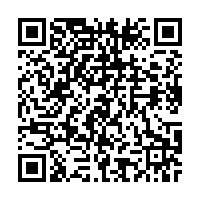