At a joint press conference with King Abdullah of Jordan on Wednesday, President Trump appeared to have been so shocked by the sight of Syrian babies being treated for nerve gas injuries this week (“That attack on children yesterday had a big impact on me”), he decided to reverse both the Obama Administration’s stand-offish approach to the civil war in Syria, as well as his own benign, if not outright friendly approach to President Putin’s regime’s aggressive involvement there.

Of course, the president would not reveal what he was planning to do about it, but last night’s and this morning’s top headlines around the world quoted his surprising announcement at that press conference: “My Attitude Toward Syria and Assad has Changed very much.”

To remind you, this used to be Donald Trump’s attitude regarding Assad when it came to the latter’s murdering his own people with chemicals: on August 21, 2013, the Assad army attacked two rebel-controlled areas in suburban Damascus with rockets containing sarin, just as they have done from the air this week. The death toll was estimated to be around 1,500, much higher than this week’s results, with images that were even more gruesome.

Trump’s tweets from late August to early September 2013, with the full knowledge of the magnitude of Assad’s war crime, were:

“What I am saying is stay out of Syria.”

“Russia is sending a fleet of ships to the Mediterranean. Obama’s war in Syria has the potential to widen into a worldwide conflict.”

“For all of those fools that want to attack Syria, the U.S. has lost the vital element of surprise – so stupid-could be a disaster!”

“If Obama attacks Syria and innocent civilians are hurt and killed, he and the U.S. will look very bad!”

“The only reason President Obama wants to attack Syria is to save face over his very dumb RED LINE statement. Do NOT attack Syria, fix U.S.A.”

And, finally, all in caps: “AGAIN, TO OUR VERY FOOLISH LEADER, DO NOT ATTACK SYRIA – IF YOU DO MANY VERY BAD THINGS WILL HAPPEN & FROM THAT FIGHT THE U.S. GETS NOTHING!”

Indeed, speaking in Ankara last week, Secretary of State Rex Tillerson said that President Assad’s fate “will be decided by the Syrian people,” very much in line with the restrained attitude of 2013 Donald Trump.

As has been his modus operandi in all areas of governing, President Trump did not give specific details of what he was planning to do about it, much as he kept it close to the vest when it came to his secret strategy of wiping out ISIS as soon as he took office, his alternative healthcare plan that would be cheaper than Obama Care and cover even more people, and his plan to achieve peace in the Middle East through Israeli-Palestinian Authority negotiations.

But Trump’s senior officials, such as UN Ambassador Nikki Haley, in her role as the UN Security Council president, was a great deal more specific: “When the United Nations consistently fails in its duty to act collectively, there are times in the life of states that we are compelled to take our own action,” Haley told the UNSC. “For the sake of the victims, I hope the rest of the council is finally willing to do the same.”

That last one was a clear jab at the Russian delegation. Russia, along with Iran, Assad’s biggest enablers, have these murdered babies on their conscience.

“How many more children have to die before Russia cares?” Haley asked.

So that’s one Trump cabinet vote for unilateral action against Assad and his Russian backers, come what may.

Poor Trump is on his way to China, to try to negotiate an end to the North Korean nuclear threat against South Korea, Japan, and, who knows, San Francisco? Why did he suddenly feel compelled to pick up a second, unwinnable war in Syria? And how will this sudden, enhanced engagement in the bloody Syrian civil war impact US relations, economic and otherwise, with the rest of the world?

God help us, we live in interesting times. 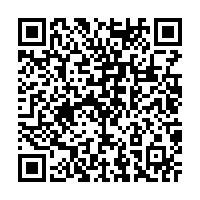