“On Yom HaShoah, we look back at the darkest chapter of human history,” President Donald on Sunday told an assembly of the World Jewish Congress commemorating Israel’s Holocaust Memorial Day. “We mourn, we remember, we pray, and we pledge: Never again. I say it, never again.”

Following two unfortunate Holocaust related faux pas by his Administration, one on the international Holocaust Remembrance Day, when it released a statement that did not mention that the Holocaust’s victims were mostly Jews; and then in April, when White House spokesman Sean Spicer compared Hitler favorably to Syrian President Assad because the former did not use chemical weapons, President Trump was forceful in his attack on anti-Semitism.


“The mind cannot fathom the pain, the horror, and the loss,” the President said. “Six million Jews, two-thirds of the Jews in Europe, murdered by the Nazi genocide. They were murdered by an evil that words cannot describe, and that the human heart cannot bear.”

Leaving no doubt that his message was for and about Jews, Trump said, “We must stamp out prejudice and anti-Semitism everywhere it is found. We must defeat terrorism, and we must not ignore the threats of a regime that talks openly of Israel’s destruction. We cannot let that ever even be thought of.”

The President was also unabashed in his support of Israel and Zionism: “To all of you tonight, who have come from around the world, let it be known, America stands strong with the State of Israel,” he said, adding, “Many of you here today helped fulfill the same dream, the dream of Israel for millions, a dream that burned in the hearts of oppressed and fallen and which now draws the breath of life from a joyous people each and every day.” 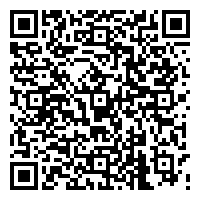