The United States holds the UN Security Council presidency in September, and on September 26, President Donald Trump intends to take advantage of this role and focus the discussion on Iran, US Ambassador Nikki Haley said last Tuesday.


Iranian President Hassan Rouhani, who will be in New York to address the UN General Assembly on September 25, could, if he wished to, attend and speak at the Security Council the next day. In fact, Ambassador Haley welcomed it.

The US is in the midst of an economic war against the Islamic Republic, and Secretary of State Mike Pompeo on Monday announced that the war is about to get even fiercer, tweeting: “Come November 4th, there will be a different set of rules for anyone who wants to engage in economic activity with the regime in Iran. Many countries are already taking actions to leave Iran.”

The sanctions being imposed in November center on Iran’s oil exports, in an attempt to deny Iran hard currency earnings and foreign investment. According to Bourse & Bazaar, Iran faces a potentially crushing loss of oil exports when US sanctions return in November. Iran’s oil exports have already fallen from 2.7 million barrels a day in May to 2.1 million, and the November sanctions are expected to push them down to 1.2 million.

Barbara Slaving noted on Monday that “bashing Iran pleases US allies in the Middle East even as it angers US partners elsewhere and achieves no positive change in Iranian policies.”

But Iran’s friends on the Security Council protect it against any American attempt to seffect change in Tehran. In February, Russia vetoed a US proposal at the Security Council to condemn Iran for letting its weapons fall into the hands of Yemenite Houthi terrorists, who are at war with Saudi Arabia.

Russia’s Deputy UN Ambassador Dmitry Polyanskiy this week said a meeting about Iran must focus on the US coming back to the 2015 nuclear deal with Iran. 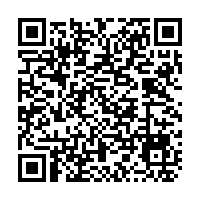