On Monday, Army Secretary Ryan McCarthy and Defense Secretary Mark Esper decided to alter years of firm Pentagon policy and change the names of the 10 US Army installations that honor Confederate military commanders. The Army bases in question are all in Southern states: Fort Bragg, N.C.; Forts Benning and Gordon in Georgia; Forts Pickett, A.P. Hill and Lee in Virginia; Fort Polk and Camp Beauregard in Louisiana; Fort Hood, Texas; and Fort Rucker, Ala.

Politico quoted a Pentagon official who explained the Army’s sudden change of heart, saying: “After the last week of protests, and seeing the military come together and hearing leaders say, ‘We’re here to listen,’ to have the president send something out like that is hurtful. It feels like we took two steps forward and six steps back. Just to have a conversation, that’s all we wanted.”


That was Monday. On Wednesday, President Donald Trump entered the fray through his favorite mode of communication, Twitter, and quickly put an end to the plan:

“It has been suggested that we should rename as many as 10 of our Legendary Military Bases, such as Fort Bragg in North Carolina, Fort Hood in Texas, Fort Benning in Georgia, etc. These Monumental and very Powerful Bases have become part of a Great American Heritage, and a history of Winning, Victory, and Freedom. The United States of America trained and deployed our HEROES on these Hallowed Grounds, and won two World Wars. Therefore, my Administration will not even consider the renaming of these Magnificent and Fabled Military Installations. Our history as the Greatest Nation in the World will not be tampered with. Respect our Military!”

This was the second public conflict between Secretary Esper and the president, after last week Esper publicly broke with Trump in a press briefing, saying he did not support Trump’s call to invoke the Insurrection Act.

The Wall Street Journal reported that Trump almost fired Esper following that briefing. After Wednesday’s tweet, former Trump official told Politico: “Esper got reamed for even suggesting” changing the names of those bases.

Incidentally, the Marine Corps has already announced that it would ban images of Confederate flags from Marine bases, and the Navy is moving to ban any references to the Confederacy on bases, ships and planes. 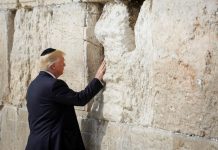