Just hours before the start of the 50th anniversary of the reunification of Jerusalem, U.S. Senator Ted Cruz offered his blessings to Israelis in a  moving speech Tuesday afternoon marking Jerusalem Day on the floor of the Senate. Cruz briefly reviewed the history of the rebirth of the State of Israel, and the desperate battle with which Jerusalem was lost in the War of Independence, and how it was miraculously won from Jordanian occupation, and restored to the rest of the Jewish capital 19 years later in the 1967 Six Day War.


“It is long past time that America do something that it should have done two decades ago,” the Texas Republican said. “Move the American Embassy to Jerusalem, and formally recognize Jerusalem as Israel’s eternal and undivided capital.” 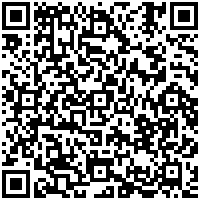