Sen. Elizabeth Warren (D-Mass.), who is running for president in 2020, responded affirmatively on Monday to the anti-Israel group IfNotNow calling on her to pressure “the Israeli government to end occupation,” defined as “stealing Palestinian land.”

Two IfNotNow activists approached Warren, who was campaigning in New Hampshire, with one of them, University of Michigan student Becca Lubow, telling her, “We really love the way you’re fighting corruption. We’d really love it if you also pushed the Israeli government to end occupation.”

“Yes, yes. So I’m there,” responded Warren swiftly, followed by taking a picture with the activists.

“Our members in New Hampshire just asked @ewarren if she would commit to pressuring the Israel to stop their 52 year military Occupation over the Palestinian people,” tweeted IfNotNow. “She said YES.”

BREAKING: Our members in New Hampshire just asked @ewarren if she would commit to pressuring the Israel to stop their 52 year military Occupation over the Palestinian people.

@ewarren just told me she will pressure the Israeli government to end the Occupation. ? pic.twitter.com/kes3P5enjb

IfNotNow issued a press release stating that Warren “responded to the question with a firm ‘Yes.’ ”

“In the past, Warren has regularly spoken of Israel as a strong ally in a tough neighborhood and has appeared at [American Israel Public Affairs Committee] events and used right-wing talking points,” continued the press release. “But as her career has gone on, her views on the issue have grown to be farther in line with her progressive values,” citing the senator’s support for the 2015 Iran deal and criticizing the U.S. embassy in Israel moving to Jerusalem as examples.

Here’s our press release detailing how @be_ccahh got a commitment from @ewarren to pressure Israel to end the Occupation and the significance of @ewarren breaking with the @AIPAC status quo of simply paying lip service to a two state solution. pic.twitter.com/sW270N8n8j

Many consider all of Israel to be occupied, while Israel’s defenders note that the West Bank is at worst, disputed territory, and that the Palestinian areas are under the authority of the Palestinian Authority government, known for its corruption.

The Warren campaign, which includes IfNotNow co-founder Max Berger as director for progressive partnerships, did not immediately respond to a request for comment.

The Jewish Democratic Council of America softly refuted IfNotNow’s posture toward the conflict and getting candidates to speak out against the so-called “occupation,” without mentioning the encounter its activists had with Warren.

“There’s a very different approach from [IfNotNow] and ours, the Jewish Democratic Council of America,” said JDCA executive director Halie Soifer on i24 News on Tuesday, adding that there’s “consensus among the Democratic candidates on key issues such as support for a two-state solution, support of the U.S.-Israel relationship and opposition to the global BDS movement.”

“There’s a consensus. There’s no need to create divisions where they’re otherwise do not exist,” continued Soifer. “That’s just playing into the Republican narrative. Donald Trump would like nothing more than to see Democrats divided on issues related to Israel and the reality is that those divisions don’t exist, so let’s not try to create them.”

However, the Republican Jewish Coalition did not hold back any punches as it blasted Warren.

“Sen. Warren has aligned herself with the rapidly growing left-wing, anti-Israel base of her party,” said RJC executive director Matt Brooks. “Her comments quoted yesterday may have helped solidify her ‘progressive’ credentials for that base, but at the expense of our ally Israel and the prospects for a negotiated peace between Israel and the Palestinians.”

“The United States’ role in the Israeli-Palestinian conflict is to be an honest broker, not to condemn the only democracy in the Middle East,” he continued. “Peace can only be achieved by a negotiation between the two parties, not through U.S. pressure on Israel.”

Brooks added that Warren’s comments “will not win her points with voters who support a strong and secure Israel and a stable Middle East.” 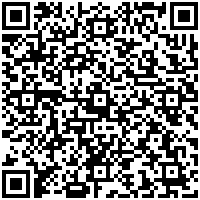