While President Barack Obama is in the Middle East shaking hands, kissing babies and visiting historic sites, there are those in the U.S. congress who are working to ensure that this government engages in serious Middle East tough love.  A new bill may finally provide the purveyors of terrorism with a real incentive to join the brotherhood of nations by rejecting violence, dismantling terrorism and bringing terrorists to justice or else forfeit American largesse.

The bill is being introduced at a time when even Americans are being told they cannot afford to continue providing what law-abiding U.S. citizens have come to expect from their government.


On Thursday, March 21, Rep. Ron DeSantis, Republican congressman who represents Florida’s 6th District, will introduce the Palestinian Accountability Act.  This proposed legislation requires several things of the Palestinian Authority without which it will not receive certain U.S. benefits including significant financial aid and the privilege of being referred to as anything other than “the areas controlled by the Palestinian Authority.”

Those actions which the PA will be expected to do and to cease doing include: end government corruption, regularly condemn terrorism, confiscate unauthorized weapons, bring terrorists to justice, end incitement to violence and hatred in PA media, schools, mosques, cease all boycotts of Israel, conducts diplomatic relations with Israel just as it does with any other country, and refuse to co-govern with Hamas. The Accountability Act also directs that “no United States document may refer to the areas controlled by the Palestinian Authority as ‘Palestine’ until the secretary of state has certified to congress” that the foregoing conditions have been met.

The U.S. will also cut off its portion of funding to the United Nations in general and its refugee agency in particular if the U.N. recognizes a State of Palestine without the above conditions having been met.

“Congressman Desantis is fed up with years and years of promises of reform and peace from an entity that can not even publicly acknowledge Israel’s right to exist as a Jewish state,” Justin Roth, chief of staff to Rep. DeSantis told The Jewish Press Wednesday evening. “Where has all of the aid gone and what has it achieved?”

Where and what indeed.

According to the Washington Free Beacon, Cong. DeSantis explained, “The Palestinian Authority promotes violence and hatred against Israel; yet we continue to dole out hundreds of millions in foreign aid.” DeSantis believes the Palestinian Accountability Act “will ensure that we stop rewarding bad behavior, while improving the prospects for a real, lasting peace in the Middle East.”

“As Congress works towards balancing our budget and reining in a growing $16.7 trillion dollar debt, we must prioritize our spending,” DeSantis said. “Sending foreign aid to the Palestinian Authority when it refuses to take the most basic steps toward peace is unacceptable and the wrong use of taxpayer money.”

The Palestinian Accountability Act is directed at two of DeSantis’s primary interests: saving money for American taxpayers, and making sure that one of the biggest recipients of US and other foreign aid, the Palestinian Authority, has a strong financial incentive to step back from its path of terrorism.

DeSantis has taken several steps recently to do his part to help relieve the overburdened U.S. bank account.

Just two weeks ago he introduced, along with a colleague from across the aisle, Rep. Ami Bera of California, the “Sequestration of Pay for Members of Congress Act.” That bill would reduce salaries for members of congress by 8.2 percent, the same amount which nonexempt discretionary spending is expected will have to be cut this year due to sequestration. The sequestration bill exempts congressional salaries from its operation, so unless DeSantis’s bill is passed, the salaries of U.S. legislators will remain the same even as services to Americans are cut.

The substance of DeSantis’s new bill has been proposed in earlier versions, but those bills were not in play at a time when Americans are being asked to give up so much as a result of the budget crisis.  Legislators hope that American’s enforced belt-tightening will provide congress with the incentive to cease unconditionally pouring money into the pockets of those who openly engage in and support terrorism. 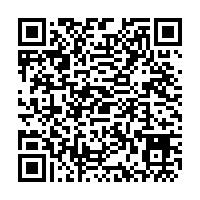