It took awhile, but California Congressman Brad Sherman (D-CA-30) officially announced that he intends to vote against the Iranian nuclear deal the U.S. negotiated with its P5+1 partners and the Islamic Republic of Iran. And the announcement was not only firm, but biting.

Sherman issued a negative review of the Joint Comprehensive Plan of Action last week, calling it “the good, the bad and the ugly,” but it wasn’t until Friday, Aug. 7 that the San Fernando Valley Democrat clarified that he intended to vote against the deal.

The California Congressman explained that he has been focused on preventing Iran from having nuclear weapons for the past 19 years.

contains the good and the bad in the first year, and gets ugly in the years thereafter. The Good: Iran gives up 97% of its stockpile of enriched uranium and decommissions 2/3 of its existing centrifuges.  The Bad: Iran gets access to at least $56 billion of its own currently-frozen funds, and free access to the international oil markets.  The Ugly: In 15 years or less, Iran is permitted to have an unlimited quantity of centrifuges of unlimited quality, as well as heavy water reactors and reprocessing facilities.

And then Sherman took a step beyond the point most members of Congress have been willing to go. He wants it to be clear that “future Presidents and Congresses are not bound by this Agreement – not legally, not morally, not diplomatically.”

The Congressman went on to explain that according to “international Law and the U.S. Constitution, the Agreement is a mere ‘executive political agreement’ and is not binding on America, Europe or Iran.

However, if the Agreement is not only signed by the President but also by Congress, it may appear binding. Appearances matter. In future years, many would argue as long as Iran appears to be complying with the Agreement, America cannot insist on modifications or extensions of nuclear restrictions. A strong Congressional vote against the Agreement is the best way to make it clear that the Agreement is not binding on Congress, the American people or future administrations.

Sherman made three additional points in his statement. First, he said that the President and the negotiating team made incredible efforts to prevent Iran from moving forward in its nuclear program, and he thanked the President for being so focused on such an important issue.

In his second additional point, Sherman listed off the various specific problems with the deal such as the flaccid inspections regimen and the infusion of billions of dollars from sanctions relief, some significant amount of which it is likely to use to siphon to its terror proxies in the region and around the world.

The third point packed quite a punch.

The nineteen year House Democrat sits on the important House Committee on Foreign Affairs and is a member of the Subcommittee on Terrorism, Nonproliferation and Trade. 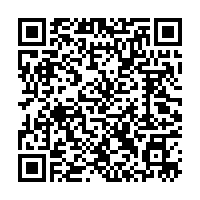