It reminded me of this picture, depicting the meeting between King Abdulaziz ibn Saud, and President Franklin D. Roosevelt.

At the time, the United States and Britain disagreed over the future of the Middle East. Following the Yalta conference in February, 1945, Roosevelt told Churchill that on his way home he was planning to meet with King Saud. What he meant was that the U.S. was planting its foot smack in the middle of the Middle East, which the Brits had considered their own private backyard.

Roosevelt asked King Saud about Palestine. The king bluntly stated that the Arabs would organize and slaughter the Jews should they dare to declare independence. His ruthless frankness left an impression on all the U.S. administrations to come, Democrat and Republican alike. Even today, when the U.S. no longer needs the Saudis for anything, not a thing, seeing as it’s pulling out of the region en masse, the Saudis still seem to have a magical influence on American decision making.

For a country where slavery and public executions are still very popular, they seem to find the ear of our leaders, no matter their stripes. It’s funny how Kerry, so hell bent on fixing that which ain’t broke in Israel, seems so comfortable in a country like Saudi Arabia, where the sound of misery and repression is deafening.

Why Is Sukkot ‘The Festival of Our Joy’? 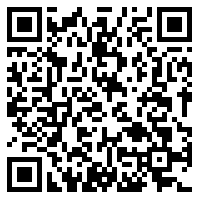